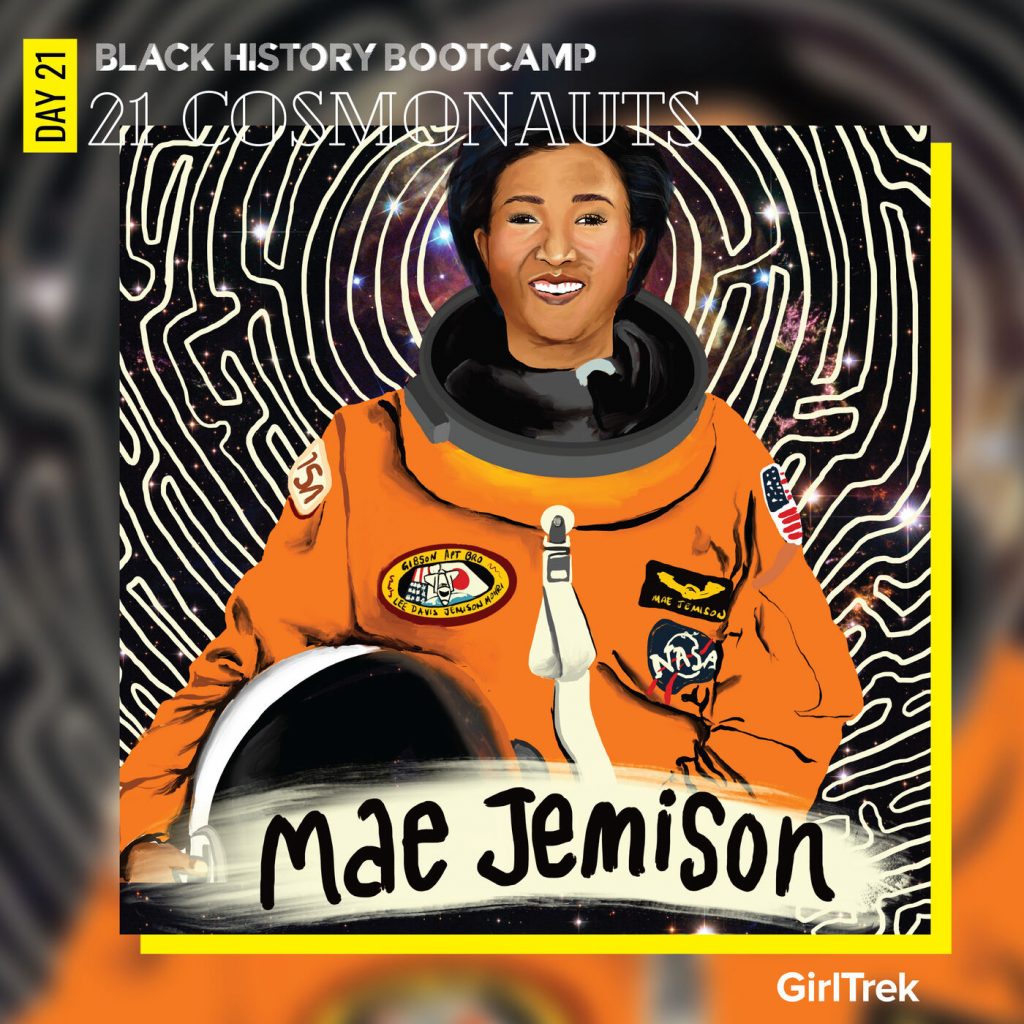 On September 12, 1992, Mae Jemison, became the first Black woman to fly into space. This Black woman genius, who can trace her family roots back to the plantations of Talladega County, Alabama, flew 190 hours, 30 minutes, 23 seconds, and orbited the earth 127 times. Listed among the items that she carried with her […] 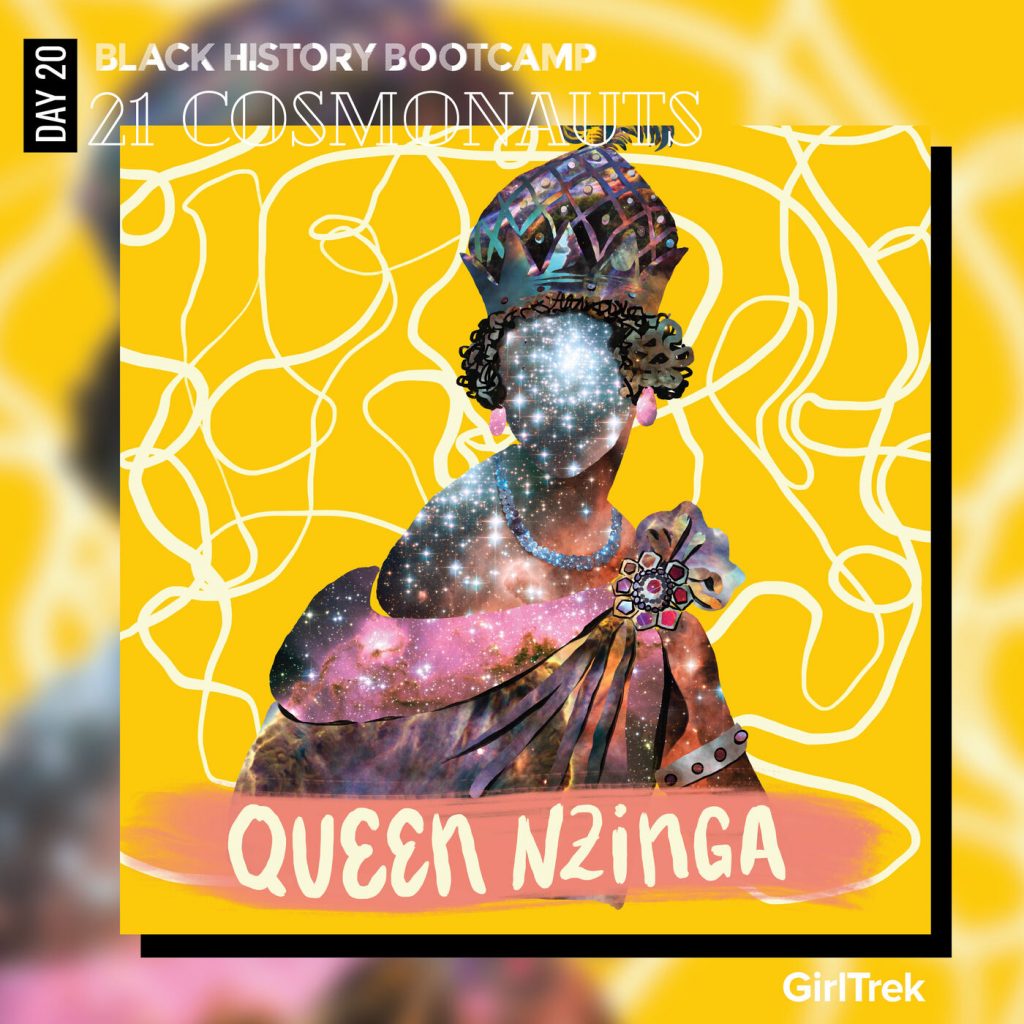 On the very spot where the transatlantic slave trade began, in modern-day Angola, the most epic fight for liberation in our history was waged between the entire Portuguese Empire and one Black woman. Standing toe-to-toe. Them and her. Queen Nzinga. Say her name. We are the #daughters of Queen Nzinga Mbande. Queen of the Ambundu […] 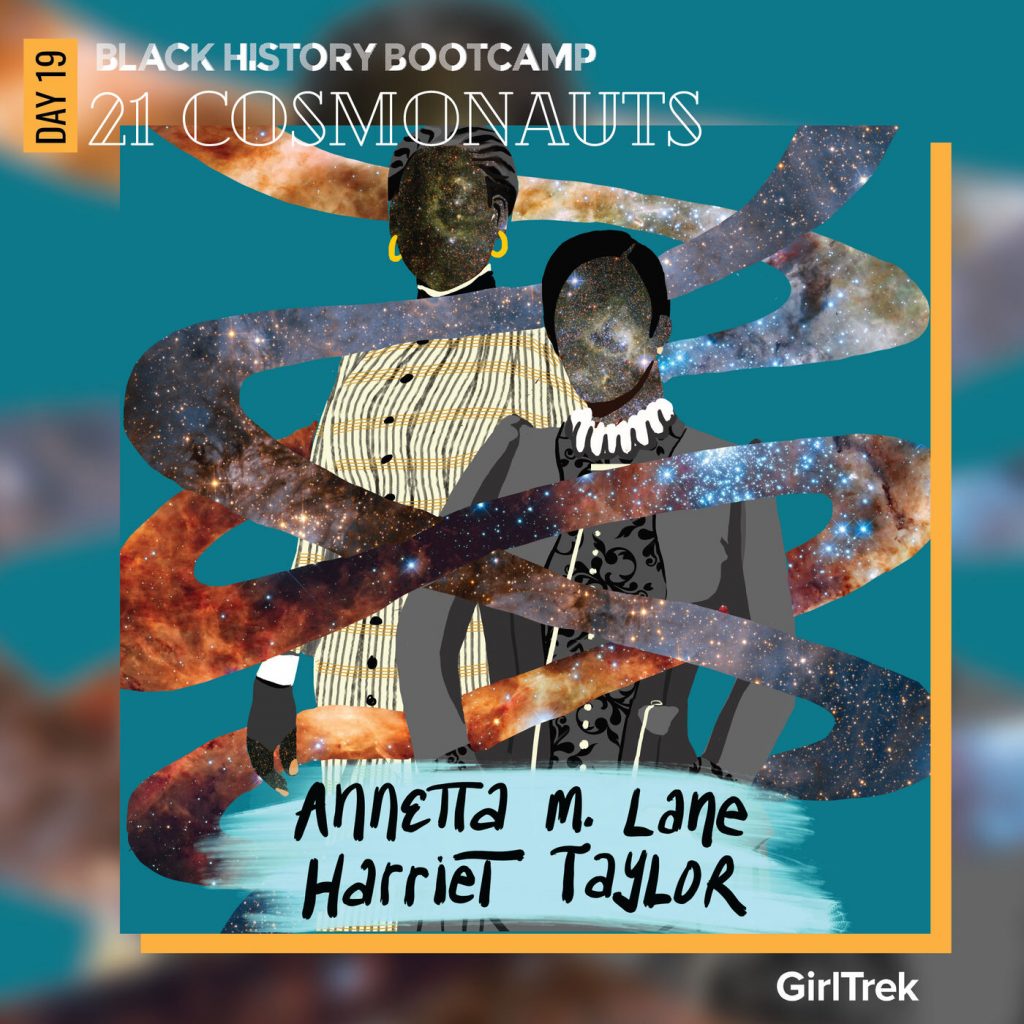 Today we tell the story of The United Order of Tents. A secret society of Black women that has operated for more than 100 years, providing shelter and services to people who were unable to care for themselves. It’s the story of Black women’s survival and resilience throughout time. When we look back to our […] 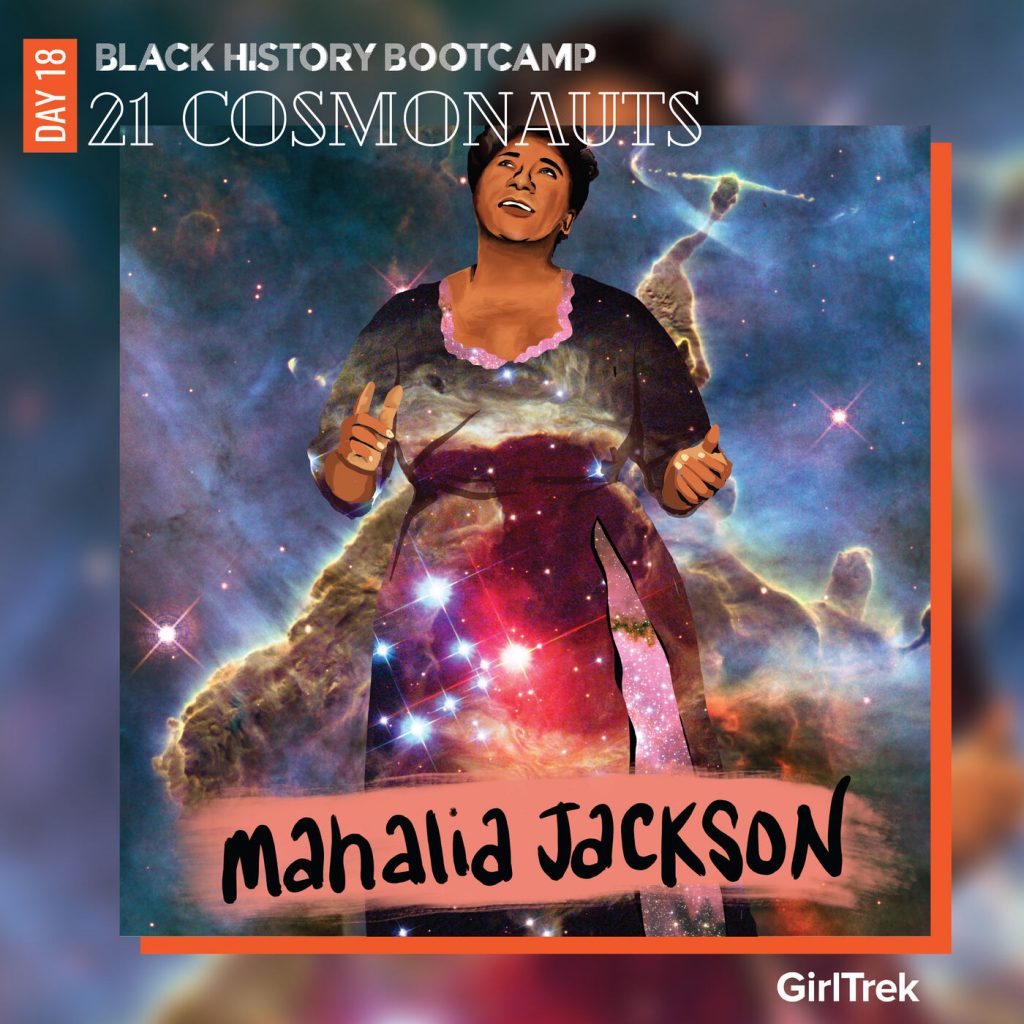 In 1965, Harry Belafonte said that Mahalia Jackson was “the single most powerful Black woman in the United States.” She could channel God’s power, transform a room, soften the hardest hearts, move the masses, and light fire to the faithful. That’s power. We are the #daughtersof Mahalia Jackson …and her voice rang louder than bullets […] 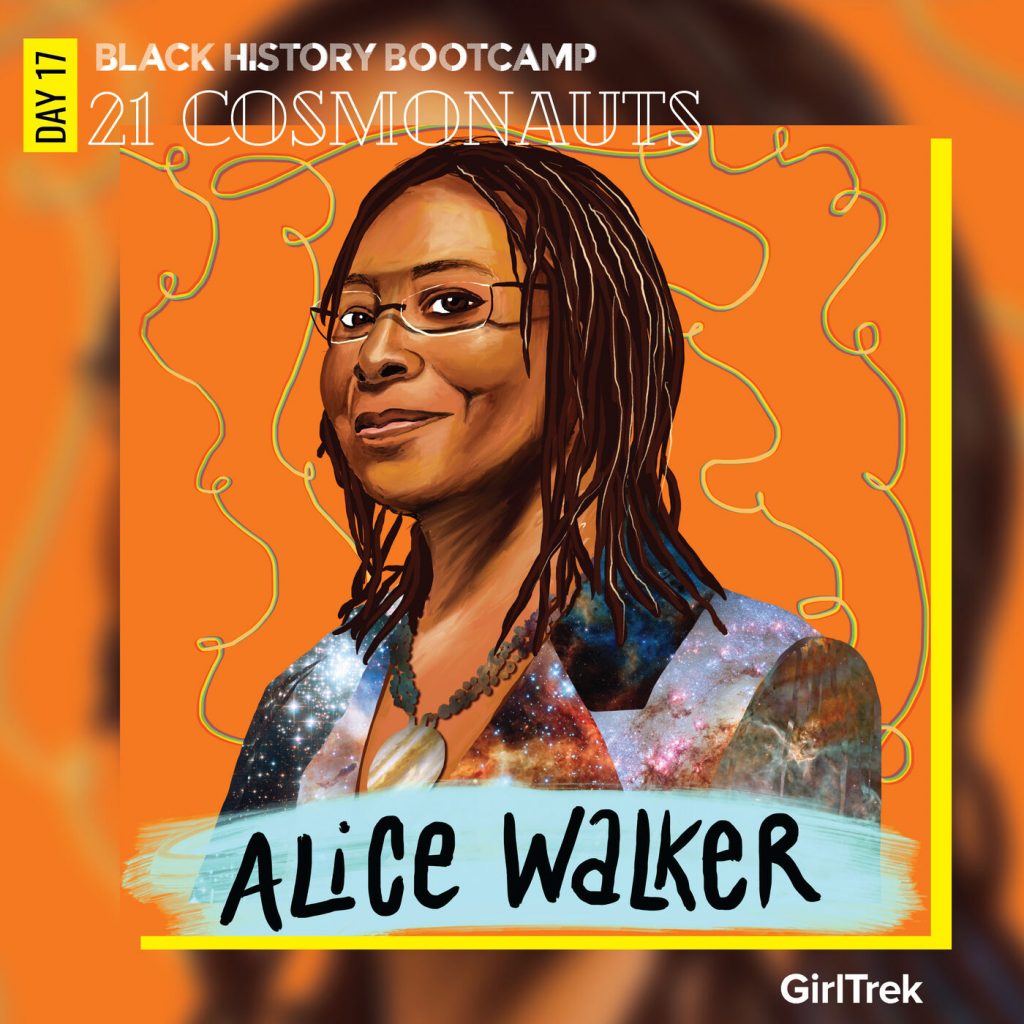 Alice Walker reached all the way back to bring forward the story that would forever change us in her seminal novel, The Color Purple. With her words, she gave voice and texture to the pain of Black women, tenderly explored the depths of it at every level, and then proudly walked us through a field […] 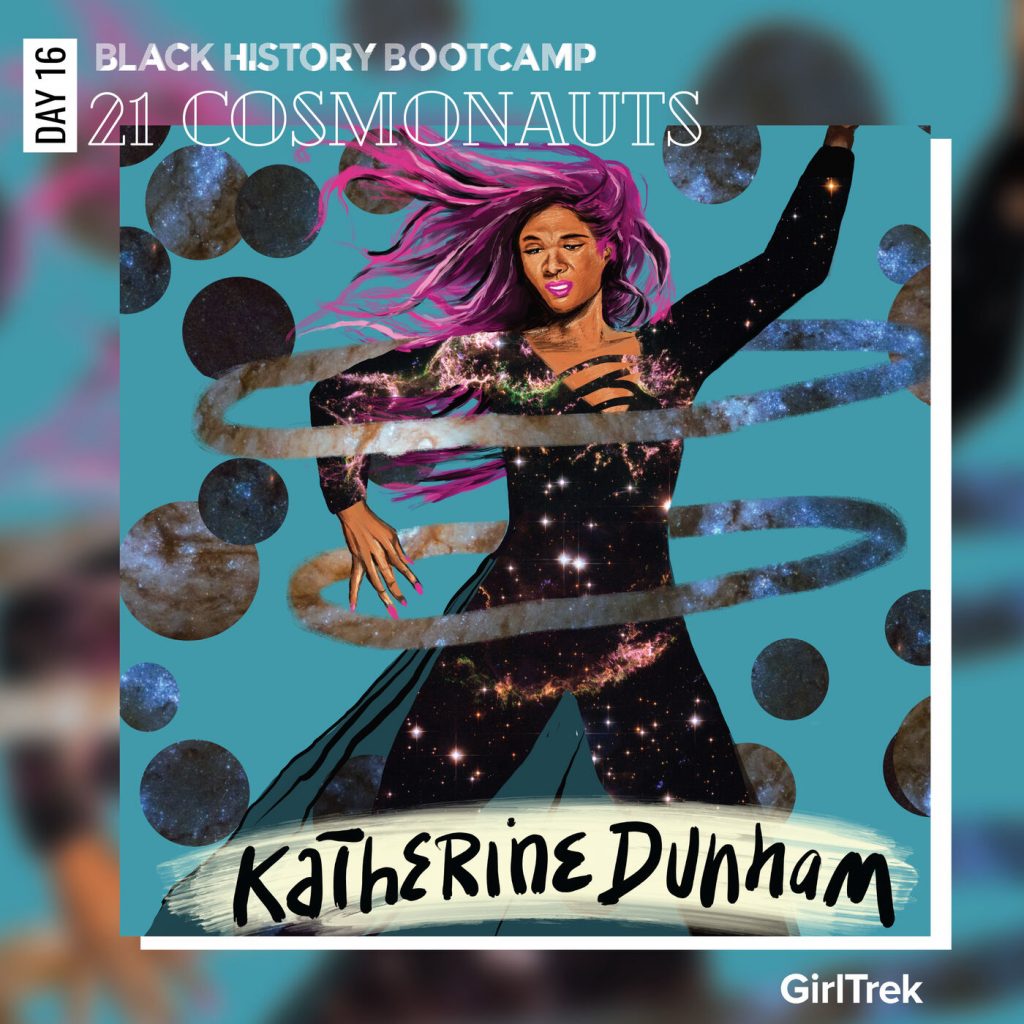 Dunham. The single word conjures connection. Katherine Dunham revolutionized dance in America. Her life was an undulating umbilical cord back to our Motherland. With a Ph.D. in anthropology, she studied sacred traditional dance techniques and offered Black people a technical way to exercise the trauma of separation from our spiritual inheritance. She was ancient and […] 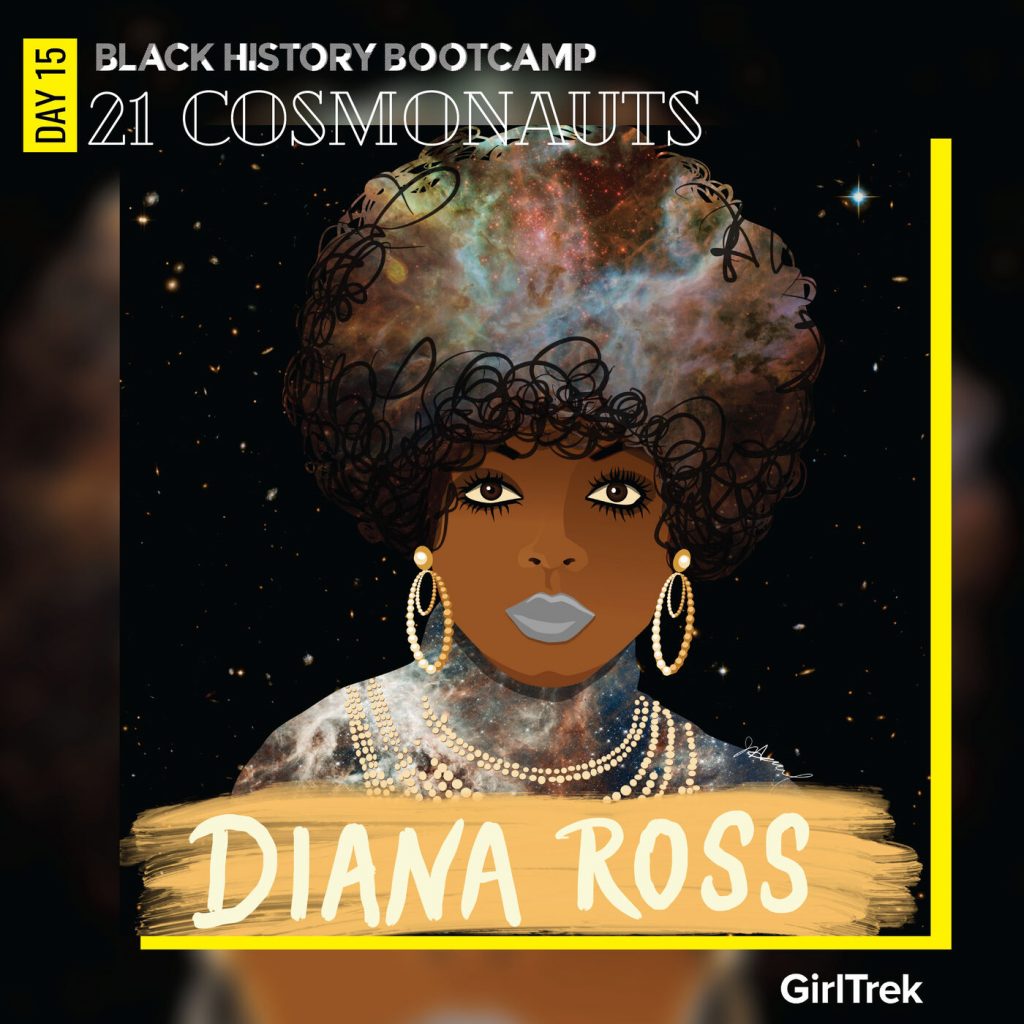 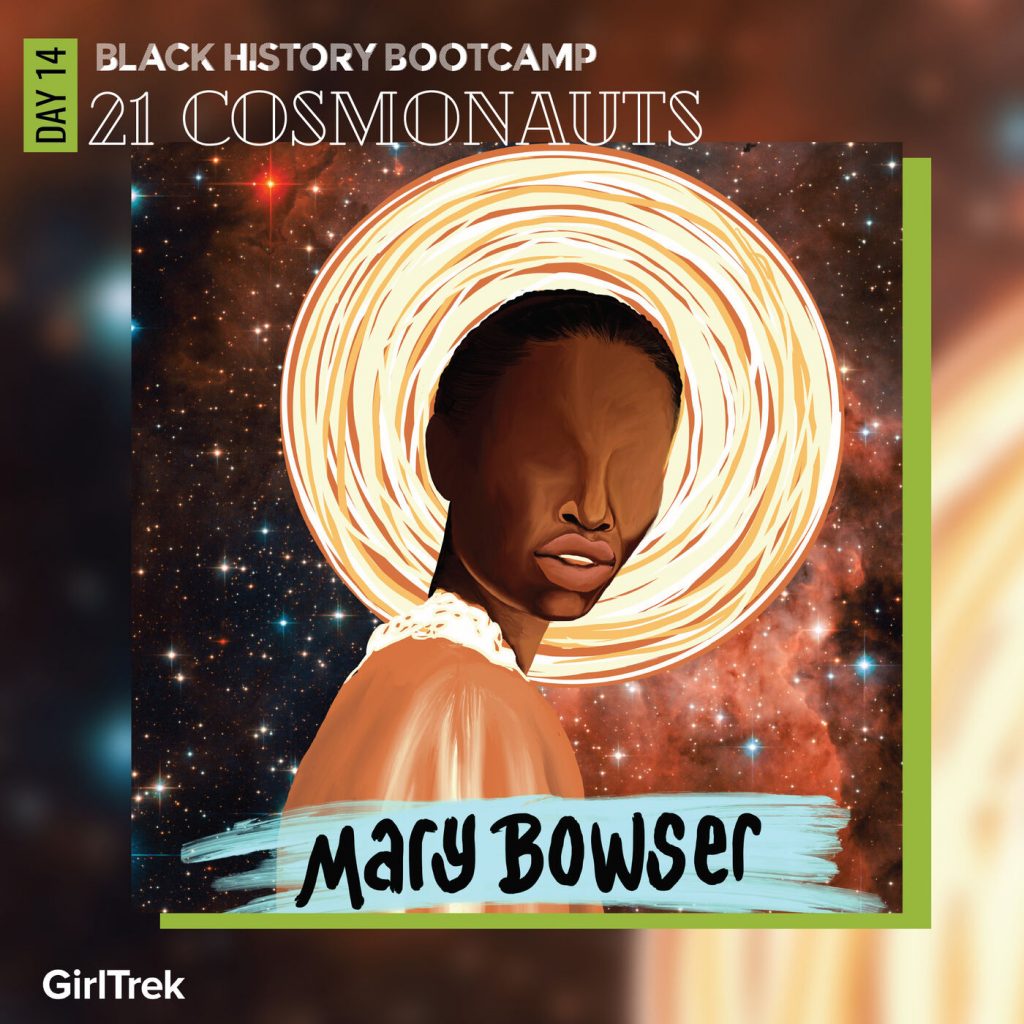 This is the greatest spy story never told. The story of Mary Bowser, a formerly enslaved woman turned Union spy, who helped take down the confederacy before teaching at a school for free Black children. Then she disappeared off into the sunset. James Bond who? While made-up stories of white male valor and heroism dominate […] 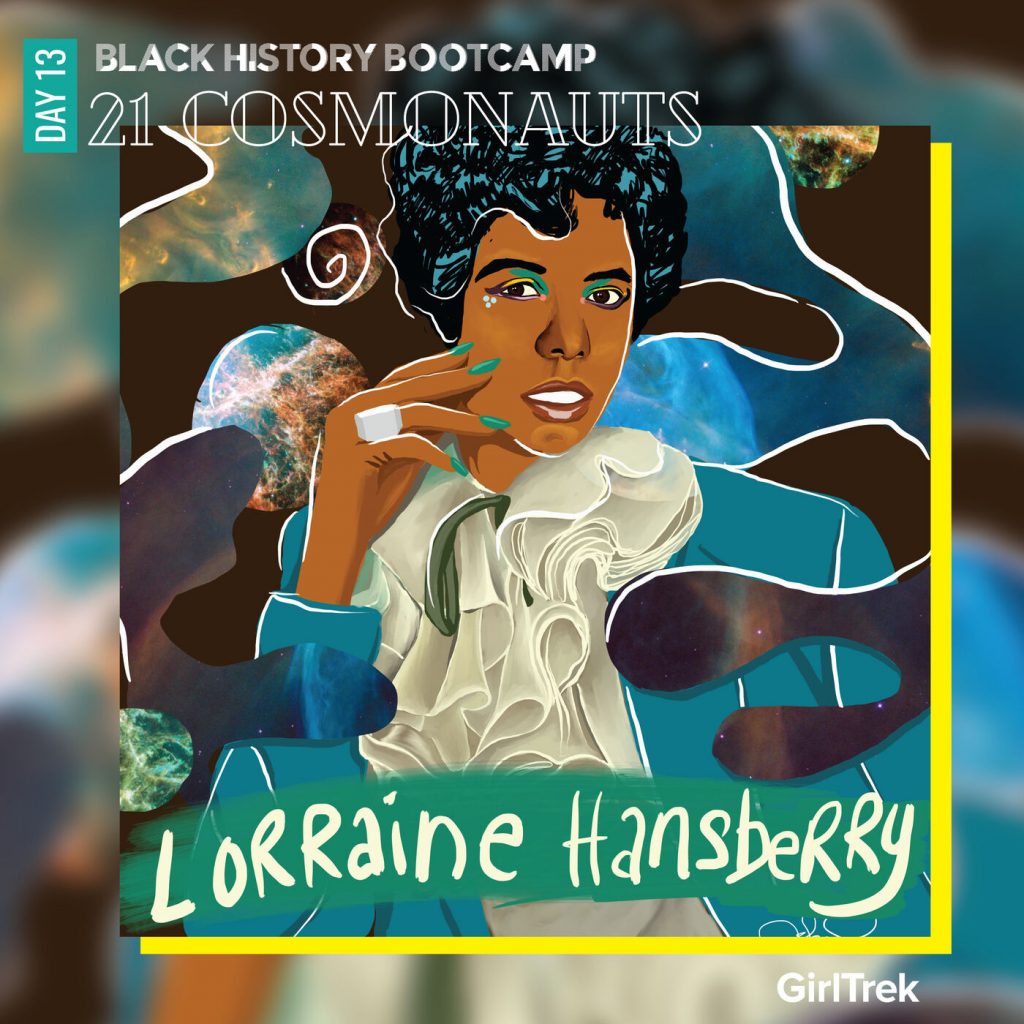 “She made it rain on grassroots integrationists in the South while giving the Kennedy brothers a tongue-lashing for their failure to protect the region’s African-Americans. She inspired a Nina Simone song. She was clocked by the Feds. She wore pearl earrings. She gave a generation of Black actors the roles that would define their careers. […] 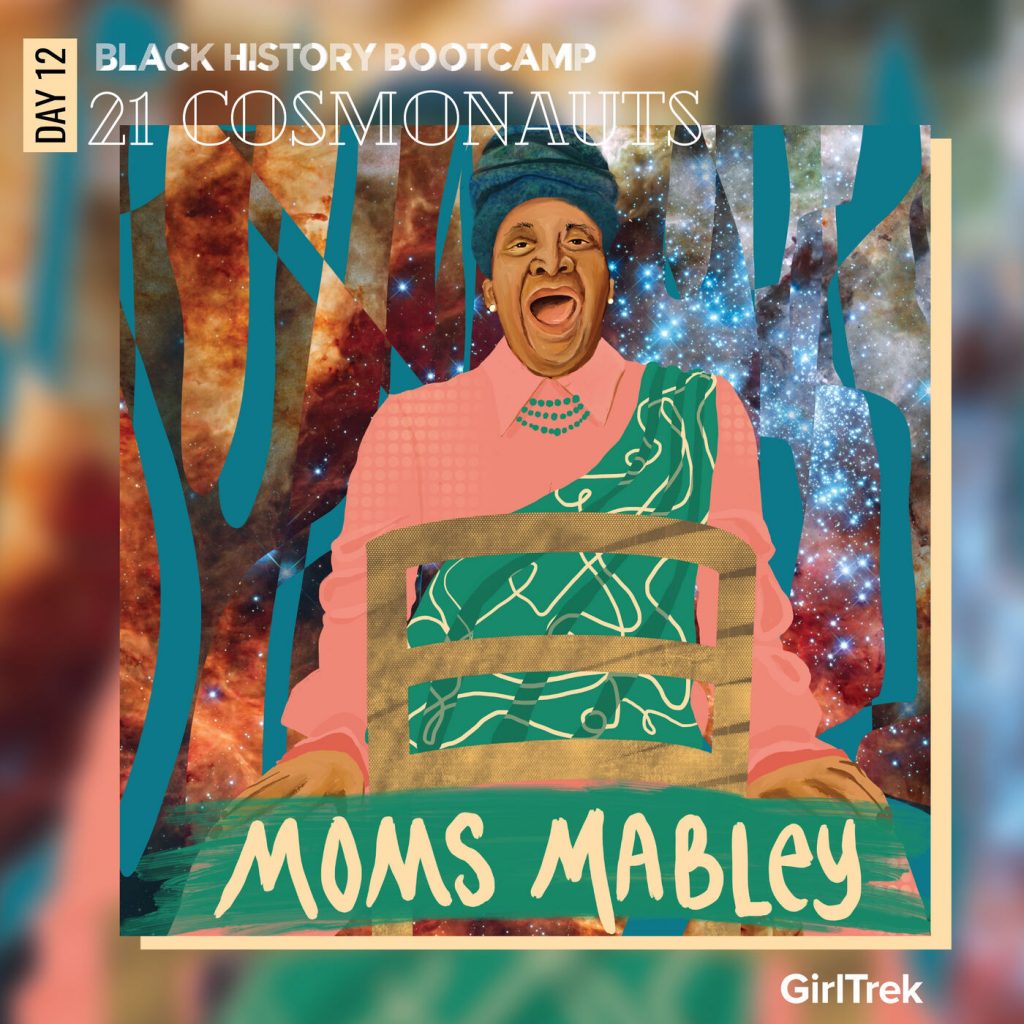 Moms Mabley was brilliant at disrupting the status quo with perfectly portioned bits of truth. It is the recipe of so many Black mothers, aunties, and grandmothers. Closeted geniuses, with disarming side glances, glints of spiritual insight, and easy laughs filled with ancient discernment. We have a wealth of funny in our families and Moms […] 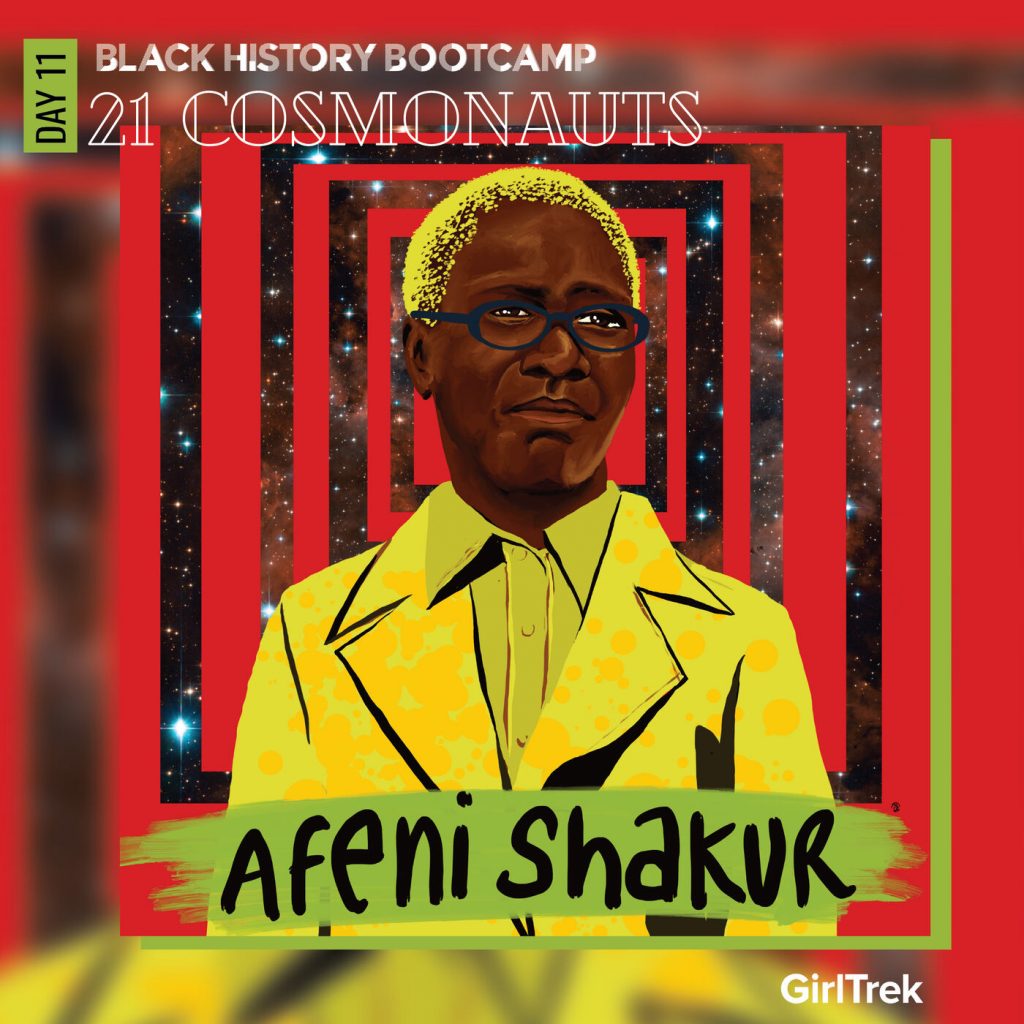 Dear Mamas. Dear Black mothers. Dear Black women who are raising Black children in this hostile world. You are appreciated. You are on the frontlines doing the most critical work, raising up an army of Black boys and girls whose heads will not be bowed, whose names command respect, whose legacy will be one of […] 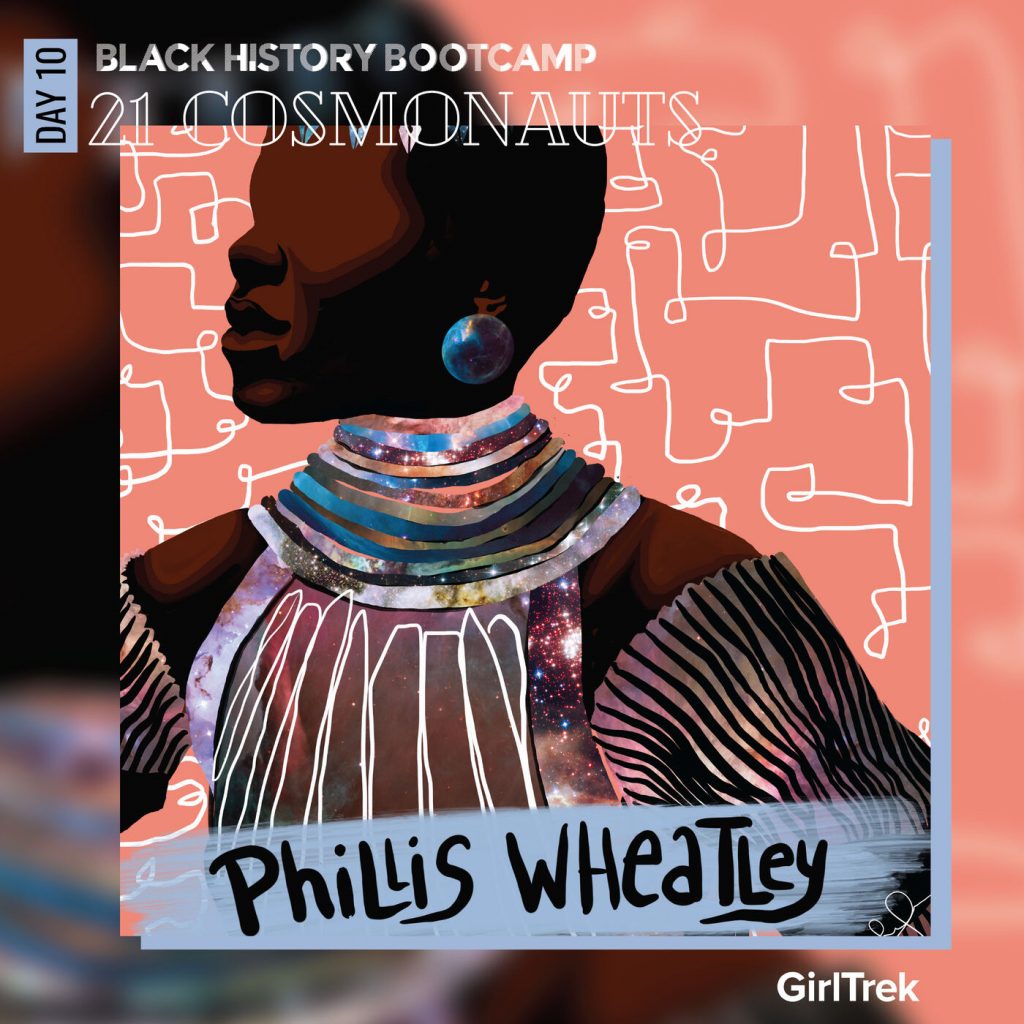 She was born free on October 26, 1775. Kidnapped at 7. Stuffed in the bowels of a ship named The Phillis and enslaved by a Bostonian family named the Wheatley’s. So that is what they called her, Phillis Wheatley. They stole her body and her name, but they could not steal her mind. She mastered […] 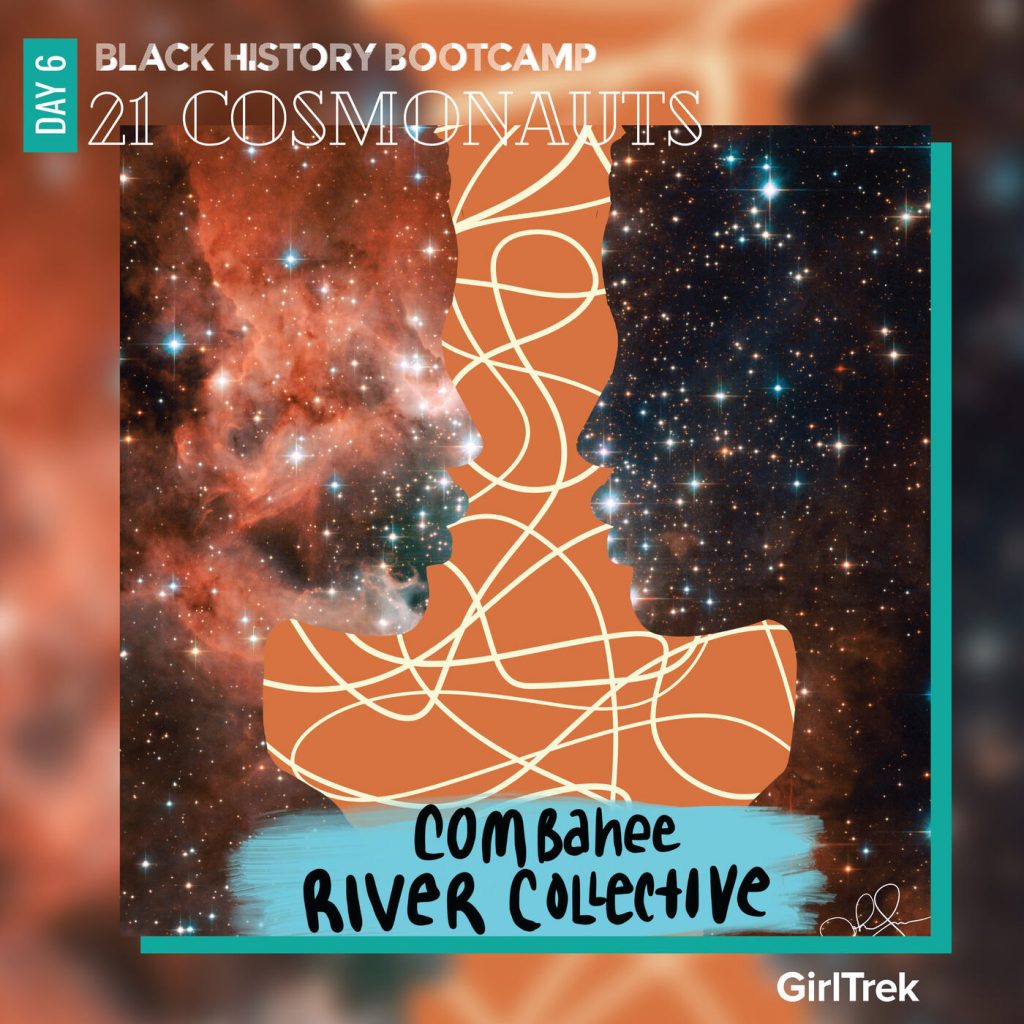 Today we call the names of the women who do the work. The women who sit on committees, who write papers, edit publications, build coalitions, canvass neighborhoods, attend city council meetings, read and reread all the books. The women who study, learn, and then pass on the knowledge to the rest of us – so […] 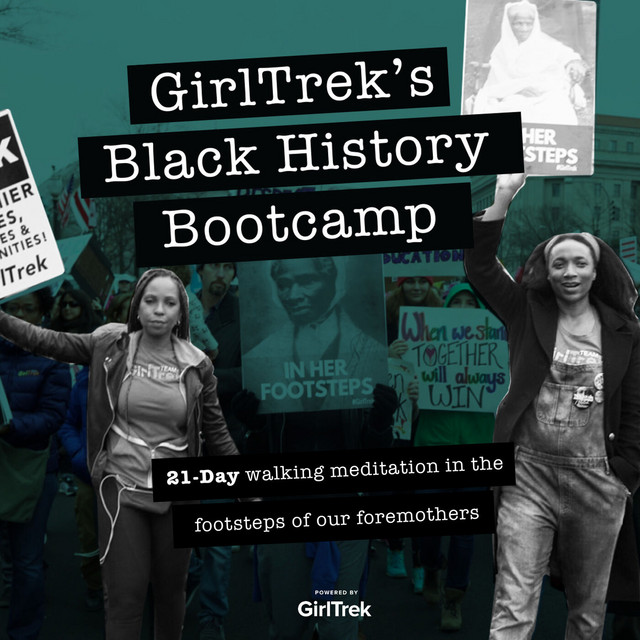 Hold the presses doggonit. Ain’t no way. Ain’t no waaaay! It’s Harriet Tubman Day! Congress designated today, March 10th which is the day our foremother died in 1915, as a commemorative holiday. (Should we start a petition to make it a federal holiday? Like Veterans’ Day?…to honor the sacrifices and labor of Black women? I […] 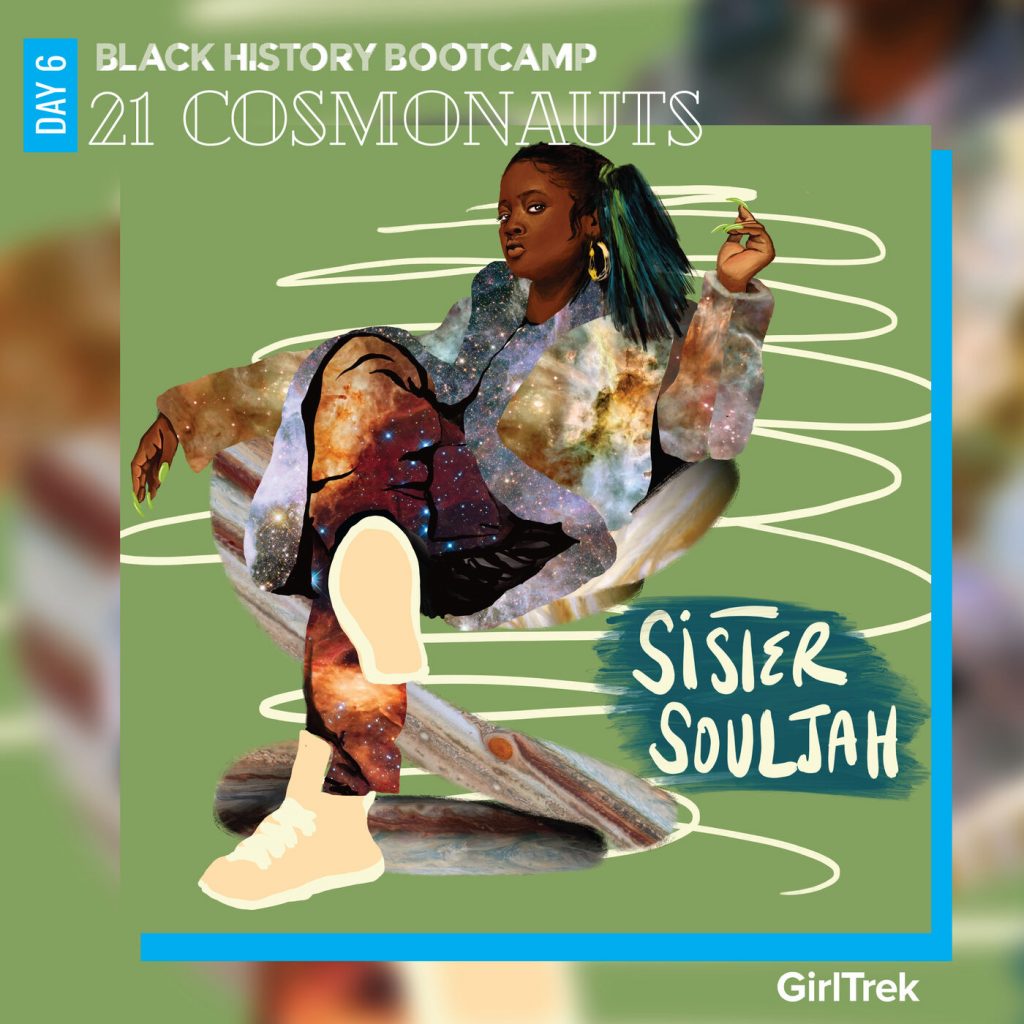 They tried to intimidate her. Tried to demonize her. Tried to silence her voice. They tried to do the same thing that they try and do with most young Black girl geniuses in this world – extinguish our fire. But, Sister Souljah could not be stopped. She spoke truth to power. Gave voice to generations […] 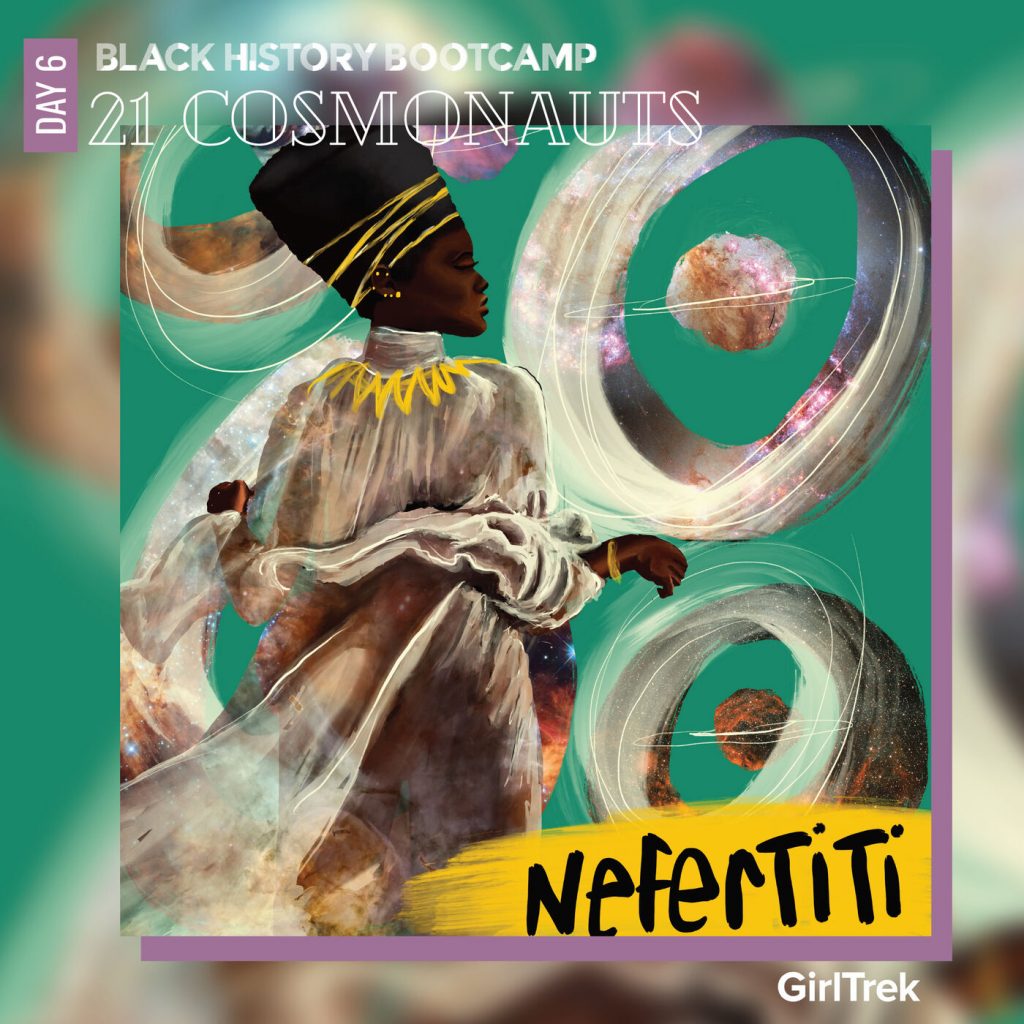 Let’s face it. Any time anyone mentions the name Nefertiti, we all picture the beautiful Iman in the Remember the Time video – or maybe you immediately go to the gold-plated knocker earrings that celebrate her glorious profile. …but what do we reeeeally know about the Queen? Tune in today to learn exactly why there […] 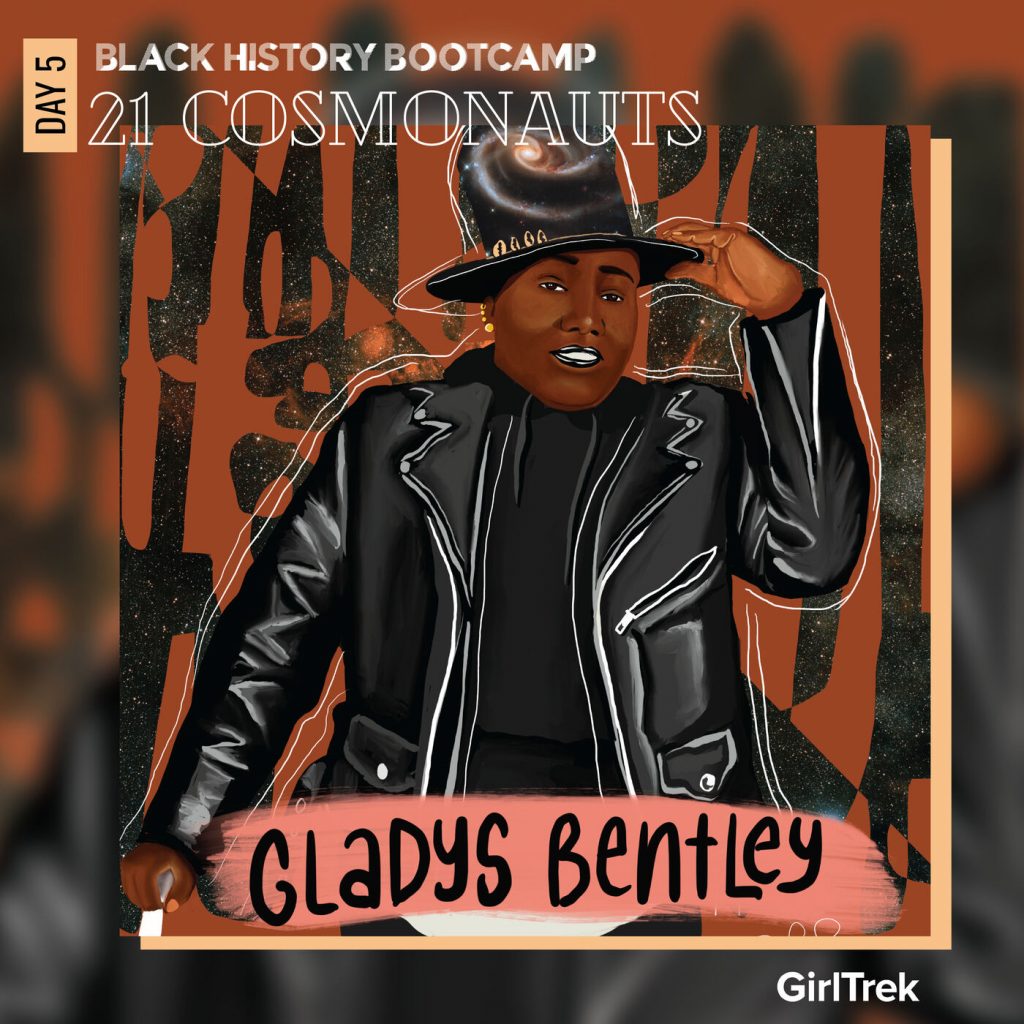 The original. Before Nikki, before Cardi, before Kim. Long before Young M.A. was seducing women out of their Fashion Nova, and Meg made that congressman clutch his pearls over WAP, there was Gladys Bentley. An open lesbian, a cross-dressing performer whose raunchy act and lewd lyrics were both the talk of the town and the […] 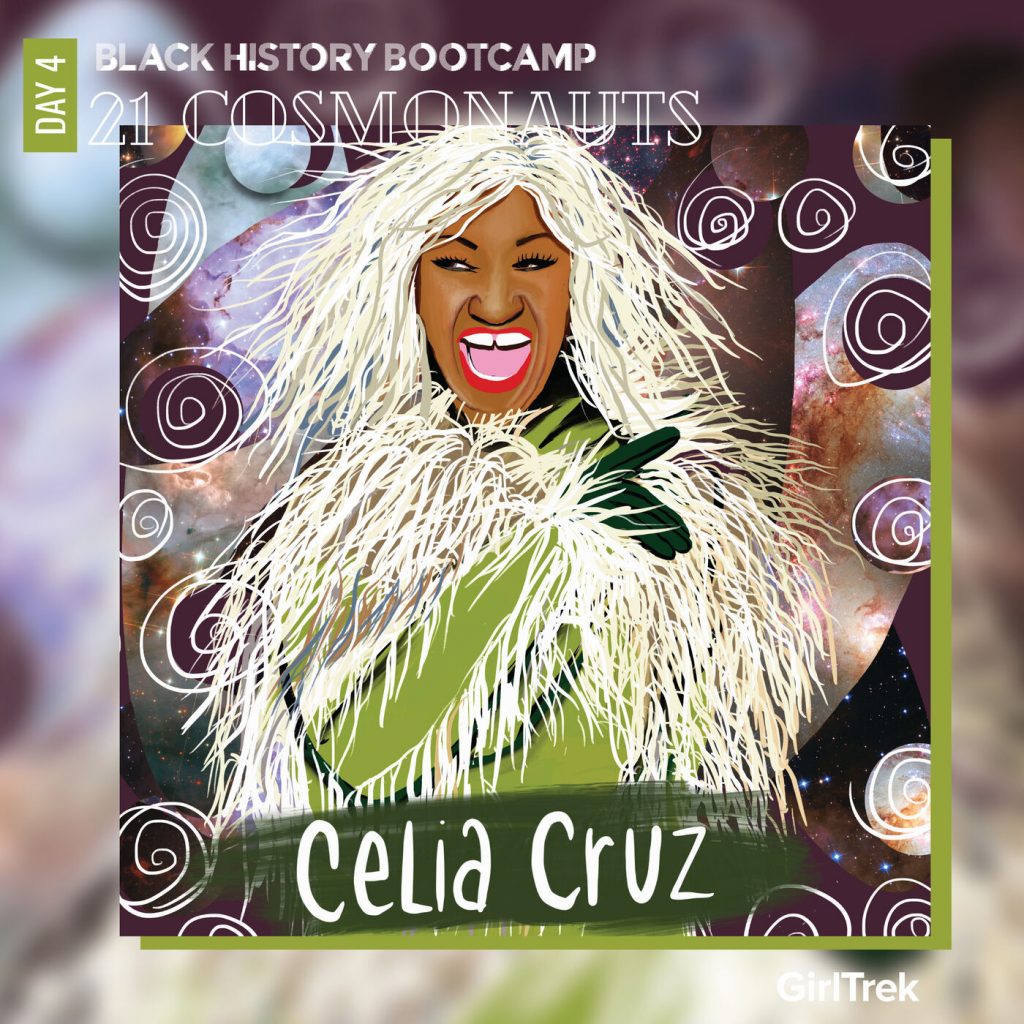 Her mother told her that she was singing before she could hold her head up. Calling at birth. An air bender. And on any given Sunday, if you walk through the right neighborhood at precisely the right time, you’ll hear it. …just behind the smell of fresh laundry and the sizzle of Sazón, you feel […] 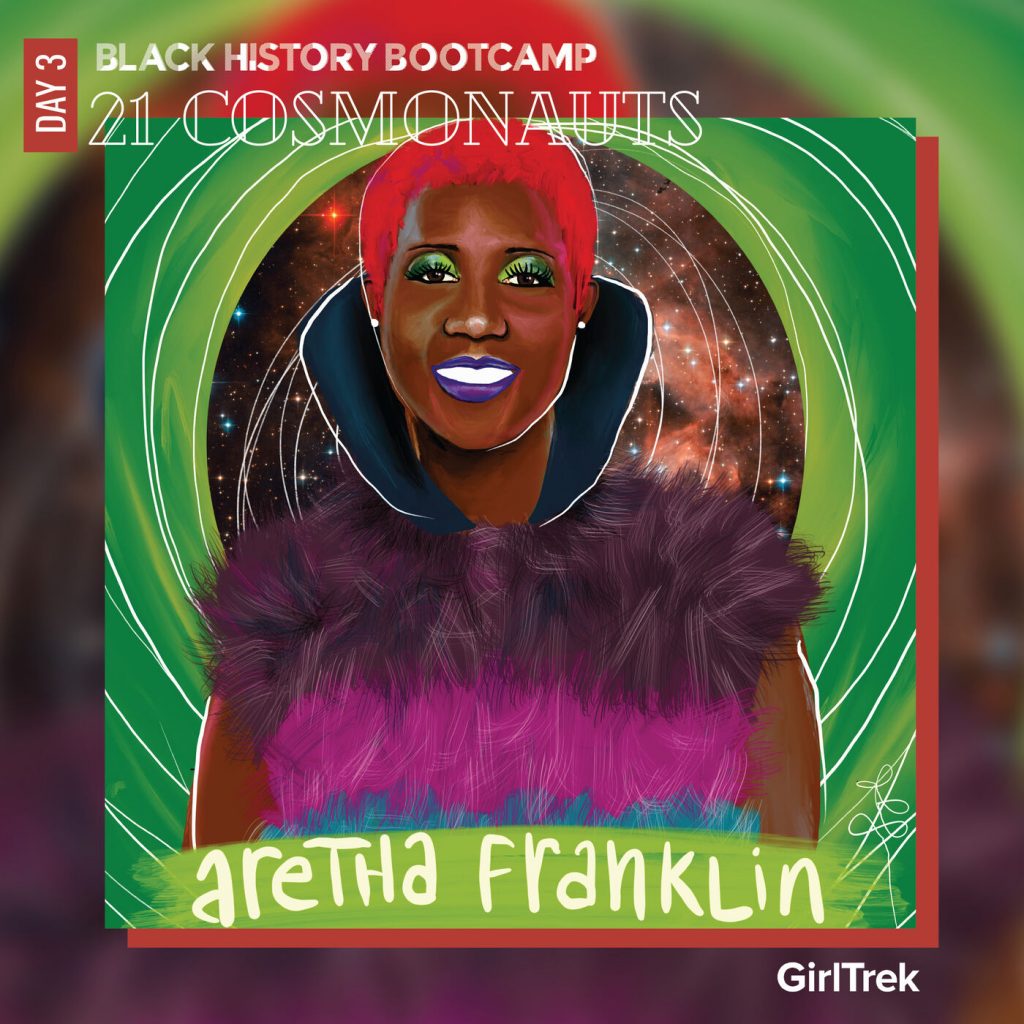 This is the story that you need today. A royal story. A queen story. A story about taking up space, owning your gifts, and using your voice. A story about overcoming the worst to become the best to ever do it. A history lesson on courage. A demonstration on Blackness. A journey through the life […] 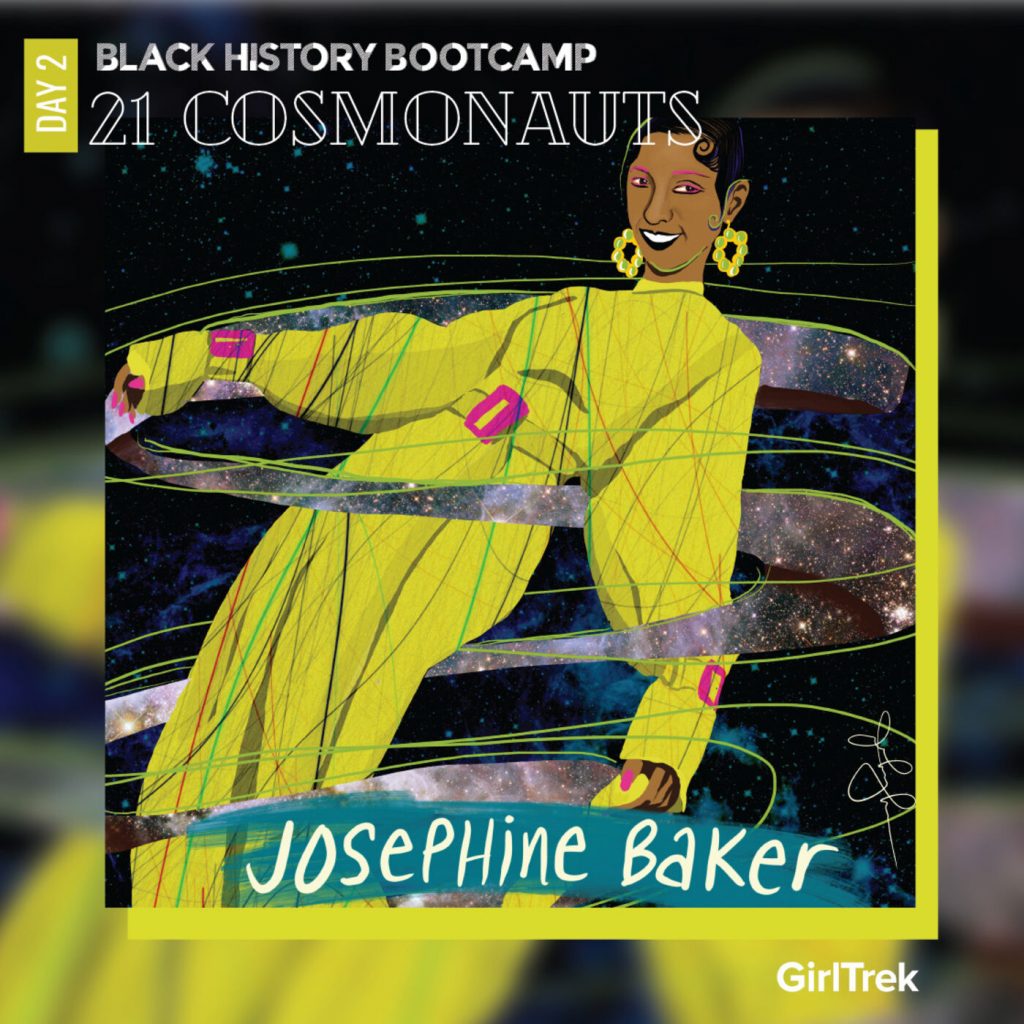 She was mesmerizing. The very embodiment of liberation. Sexual…Political. Financial. Free… Josephine Baker taught desire to a colonized world. Her face, a masterclass. And her body – a disruption. At the dawn of silent films, her success rang in a renaissance, the jazz age – modernity itself. French women literally hurt themselves trying to achieve […] 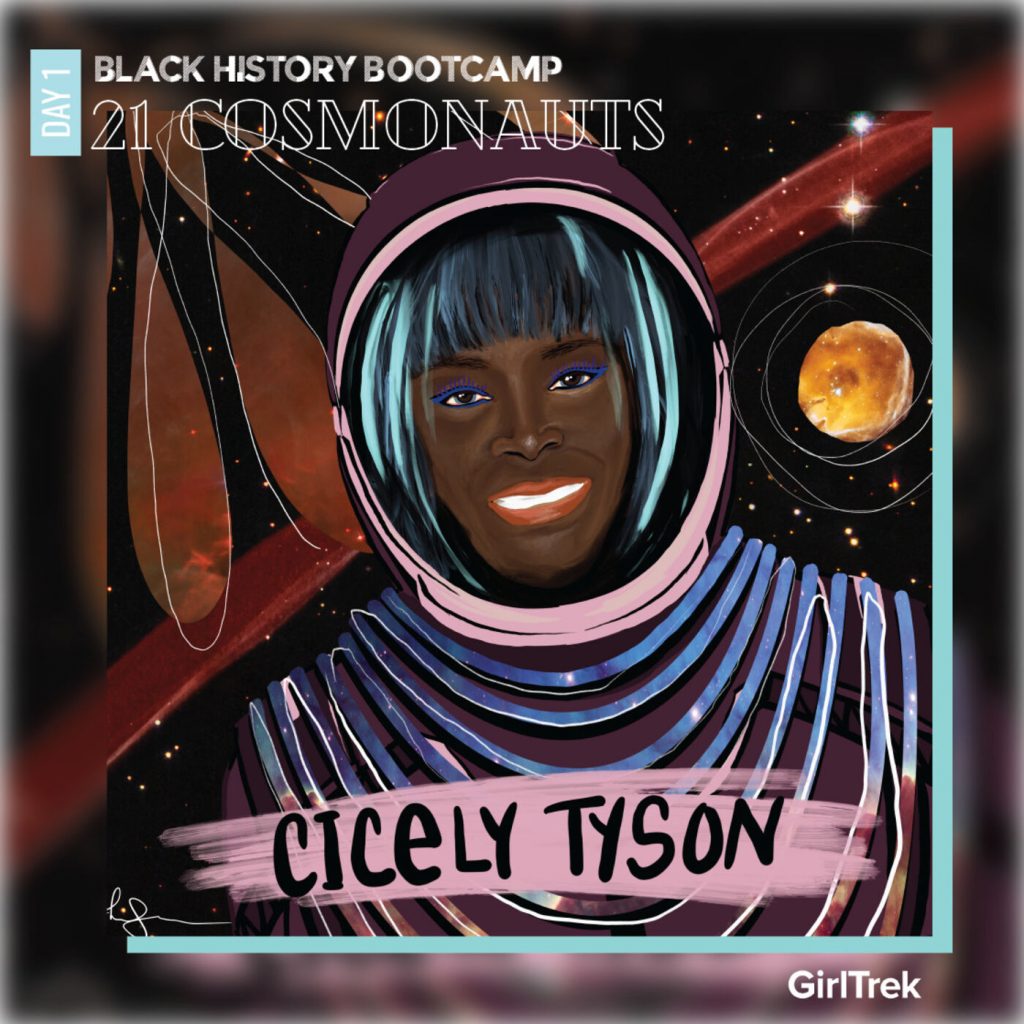 Cicely Tyson was a Cosmonaut. A woman before her time. Her work was exquisite. It broke down barriers and opened up doors. The pioneer of “Black is Beautiful.” A woman whose ebony skin and complex braid patterns disarmed the world and made space for the rest of us to show up in our unique boldness. […]