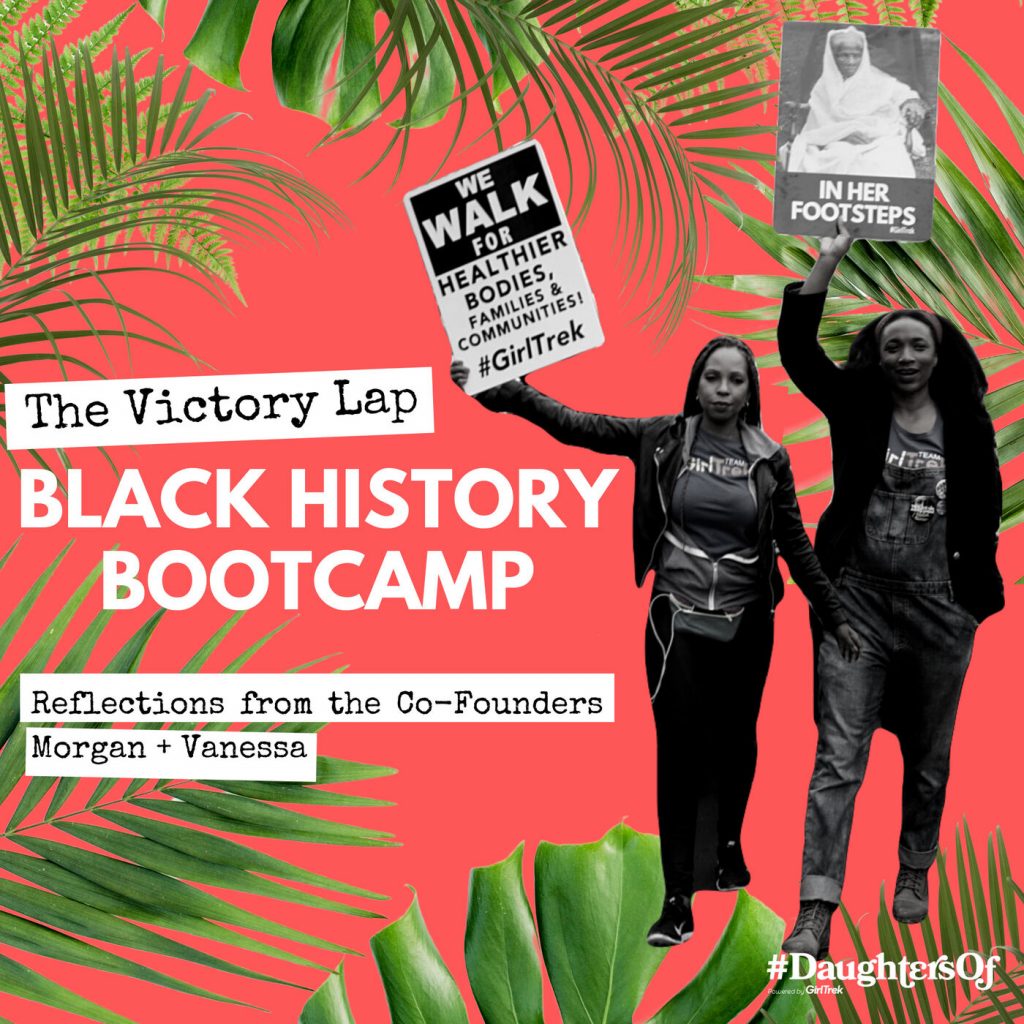 We did it! We just wrapped up #BlackHistoryBootcamp. It’s been 21-days of life transforming lessons and walks courtesy of our foremothers. Over 100,000+ Black women and allies made a real change this month. Congratulations! Right now, all of the ancestors are standing together – cosmically cheering for you. So, let’s celebrate. It’s time to take […] 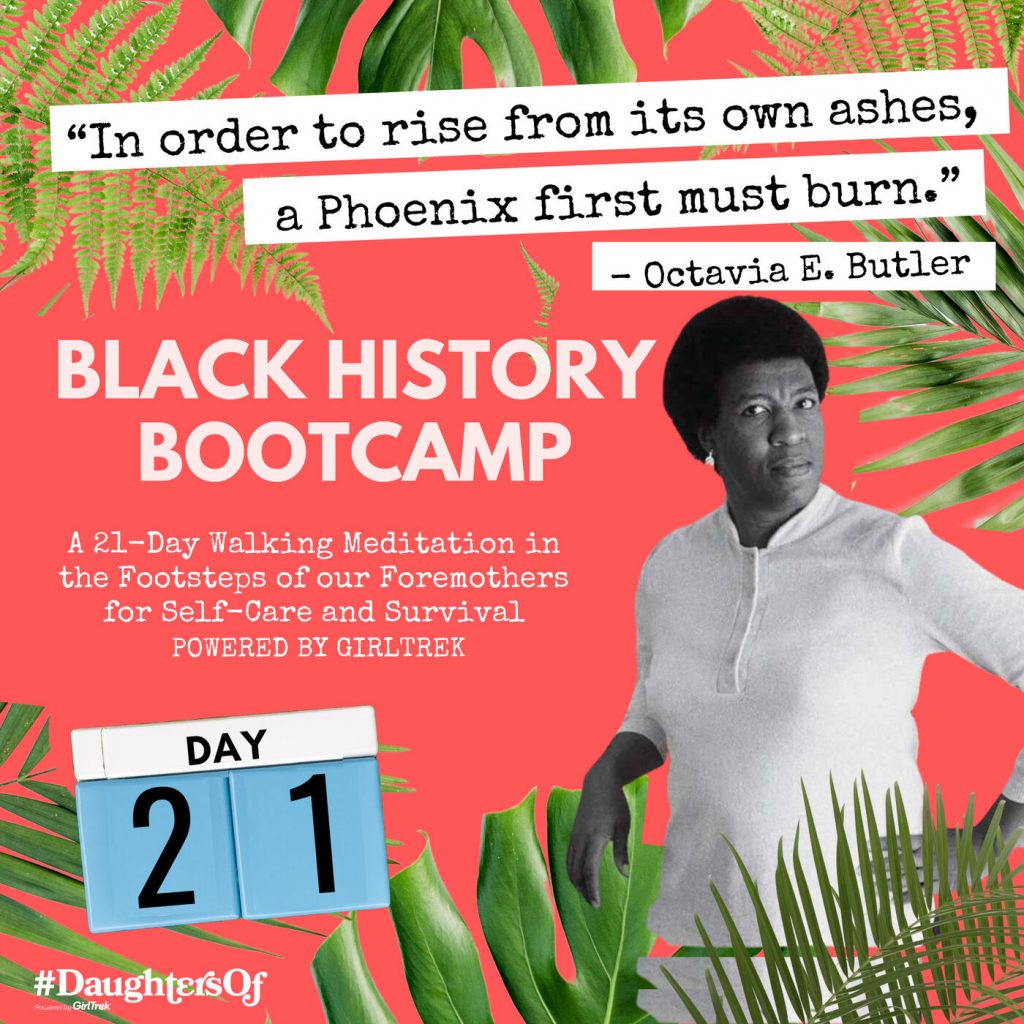 As we close out this 21-day series, and prepare for the next (yes, there is more of this goodness to come) we end not by looking back, but by looking forward as we examine the life and legacy of the extraordinary writer, Octavia Butler, a Black woman who dared to imagine a future that centered […] 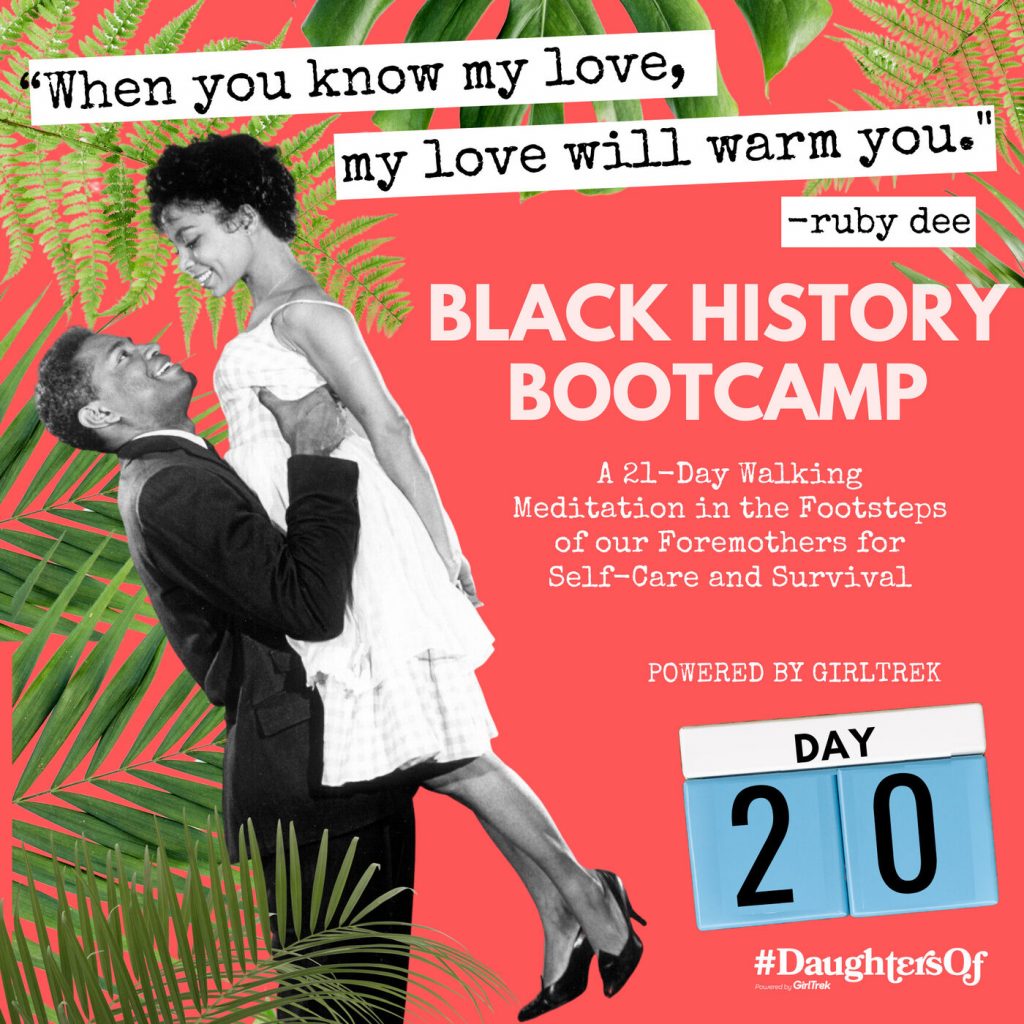 Ruby Dee was the zeitgeist of Black womanhood. She was our Ruth in Raisin in the Sun, our Queen in Roots, our Mother-Sister in Do the Right Thing, our Mama Lucas in American Gangster. Ruby Dee’s face, her soulful voice, her spirited laughter is the very epitome of Black cinema. Her Hollywood career was phenomenal […] 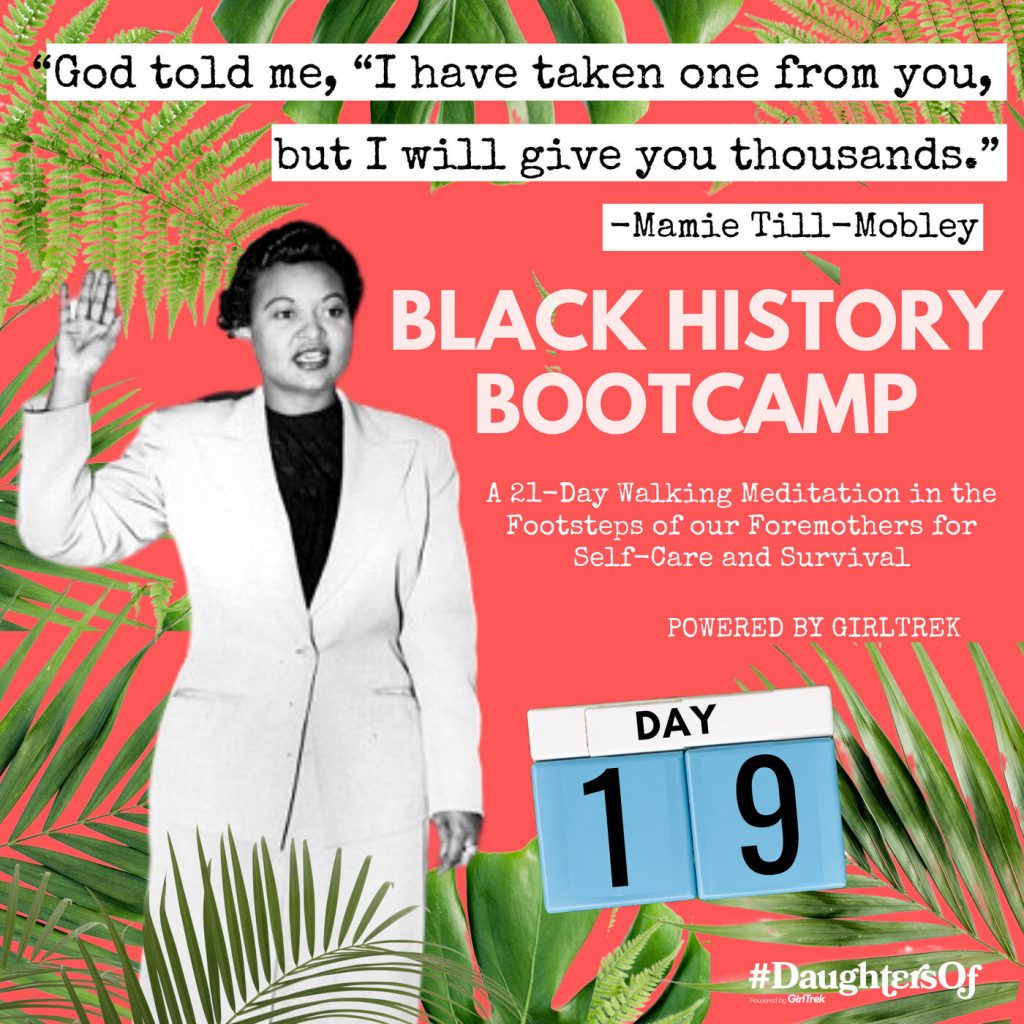 “Let the people see what I have seen.” Mamie Till-Mobley launched a movement with those words, insisting on an open casket funeral for her 14-year-old son, Emmett Till, who was brutally murdered by two white men in Mississippi. That strategic decision, and the decision to publish graphic photos from the funeral in Jet magazine, galvanized […] 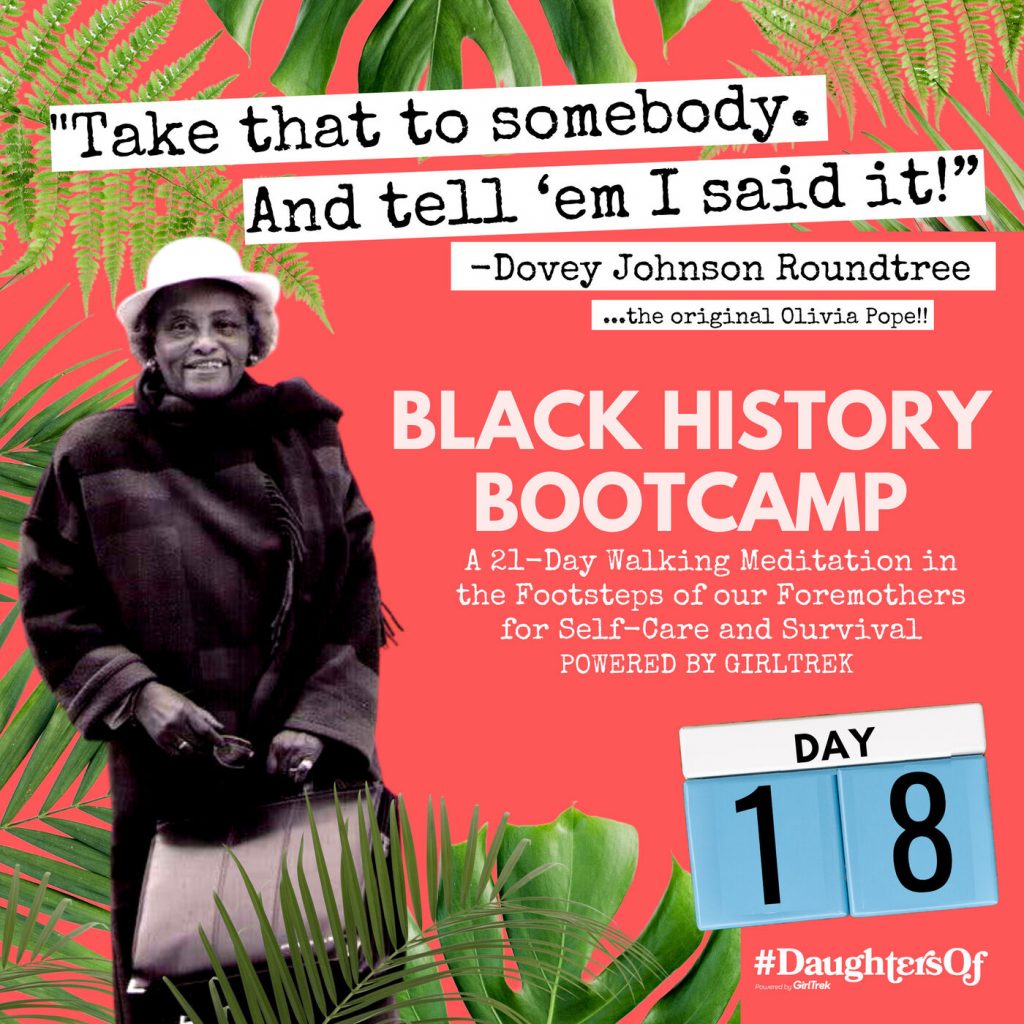 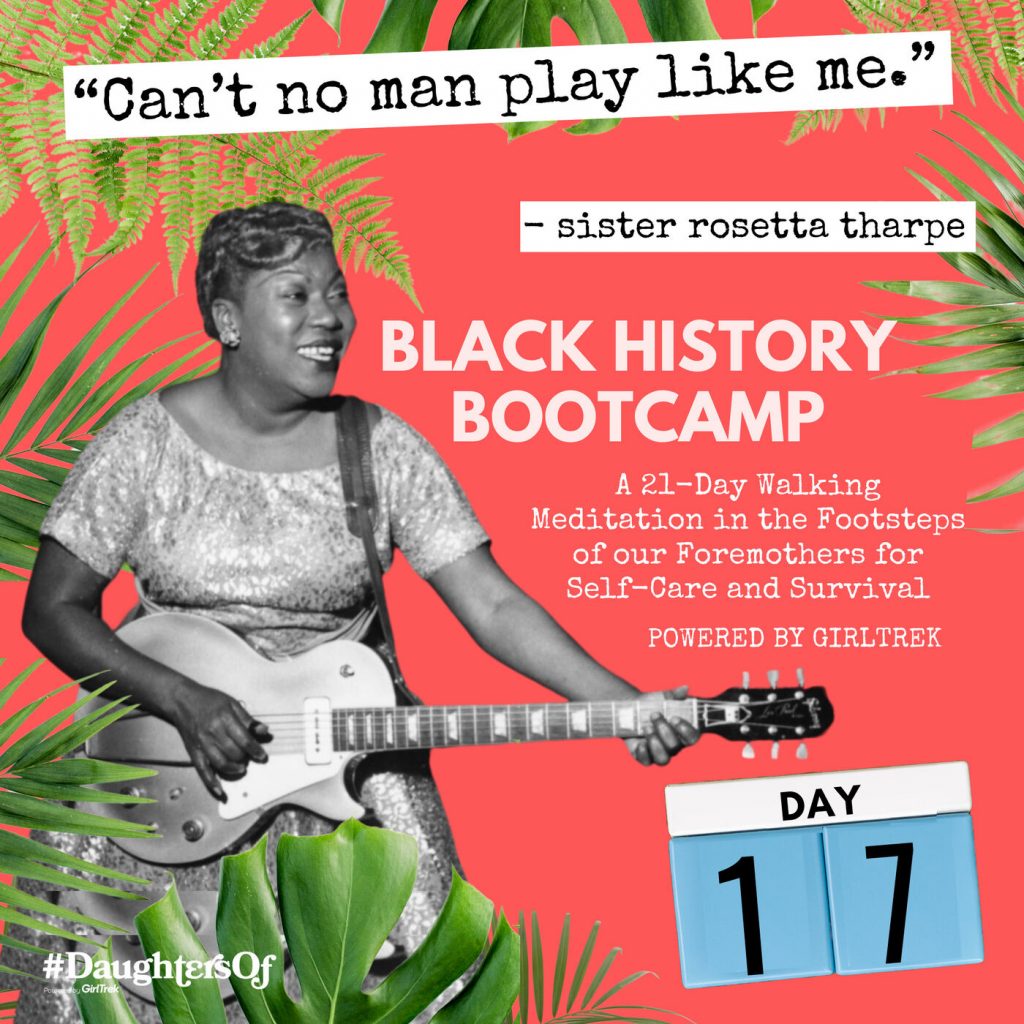 It makes sense to us that God would plant the blueprint of rock ‘n’ roll into the soul of a little Black girl born in a town called Cotton Plant. Sister Rosetta Tharpe sang music that was infused with the melodies of Black folks who understood loss and survival. A child prodigy who was touring […] 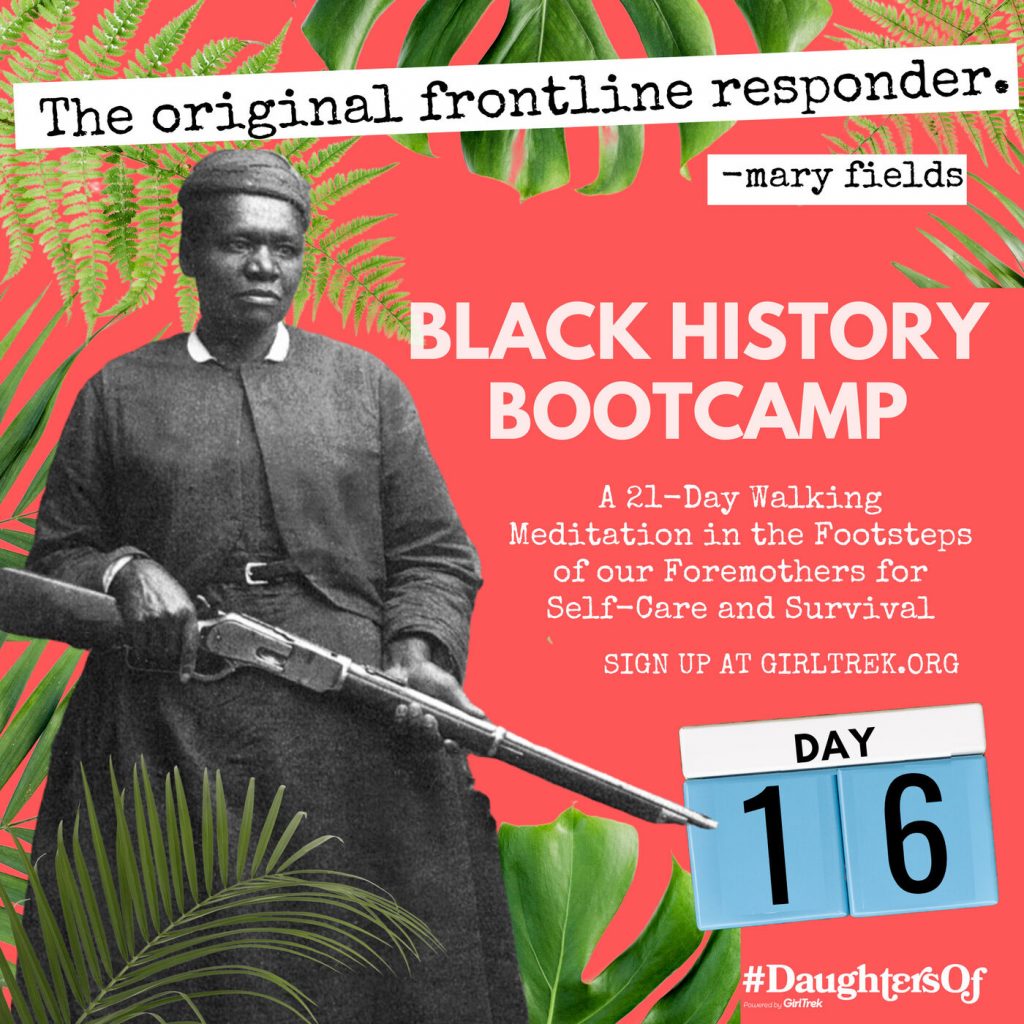 If John Henry has a folk song this woman needs one too! Introducing Stagecoach Mary a.k.a. Mary Fields a.k.a. Black Mary. At 60-years old she was the fastest person – man or woman – in the state of Montana to hitch a team of six horses to a coach. She was the first Black woman […] 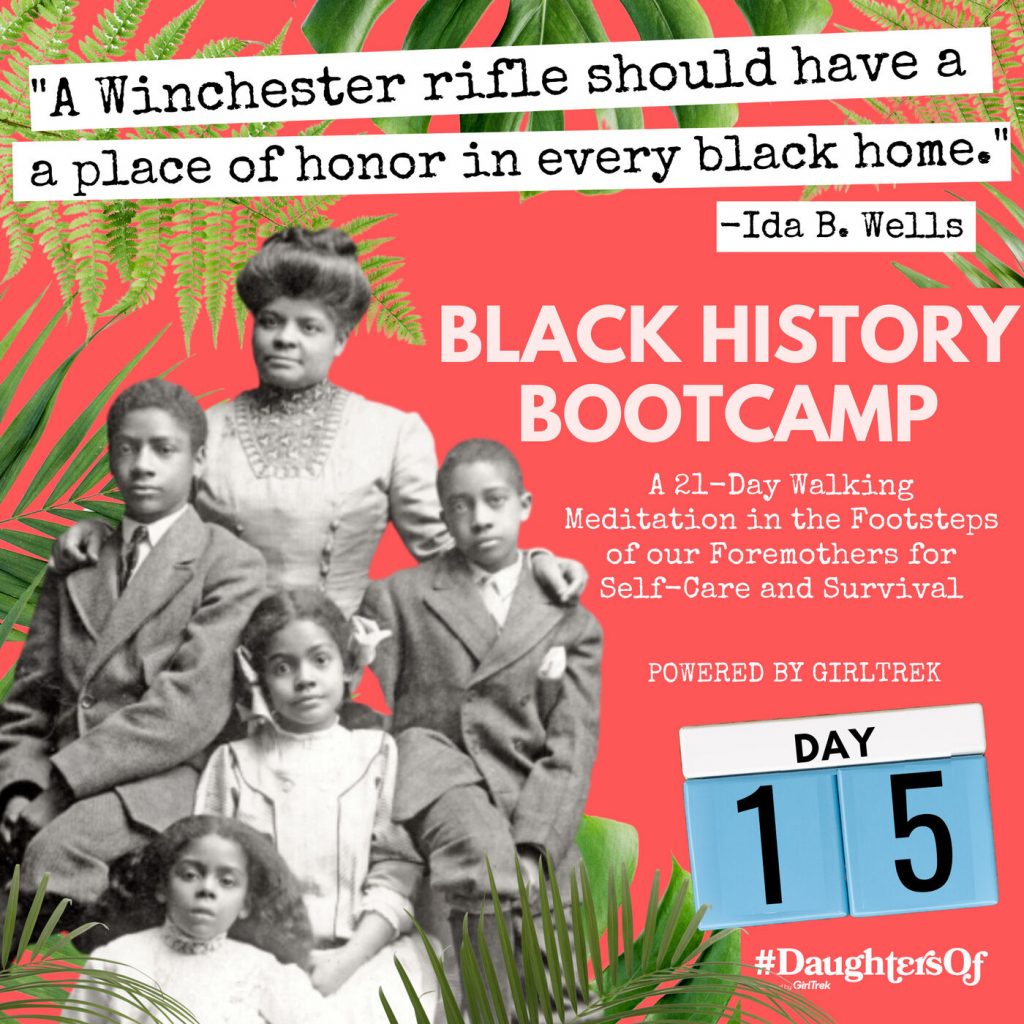 Born to enslaved parents, one year before the Emancipation Proclamation, Ida B. Wells was once considered the most famous Black woman in the United States. As a journalist, she spent her entire life tirelessly fighting to tell the truth and shame the devil – to their face. She wasn’t afraid to pick a fight and […] 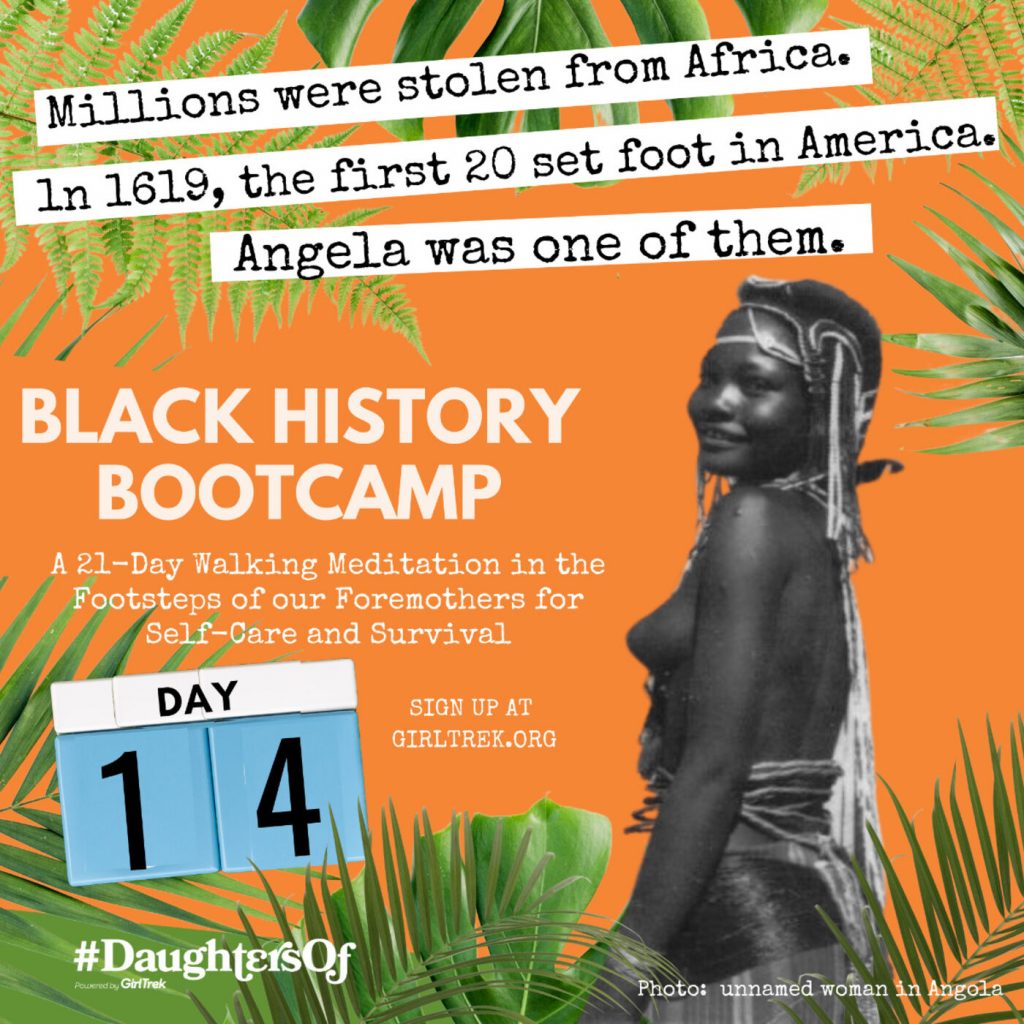 Why hasn’t someone made this into a movie!? Angola is the huge country below the equator on the west coast of Africa. That’s where it all started. …ground zero for the transatlantic slave trade.  White missionaries, greed, exploitative trade, tech advances that made exploration by sea possible, a massive need for labor and yes, tribal wars.  […] 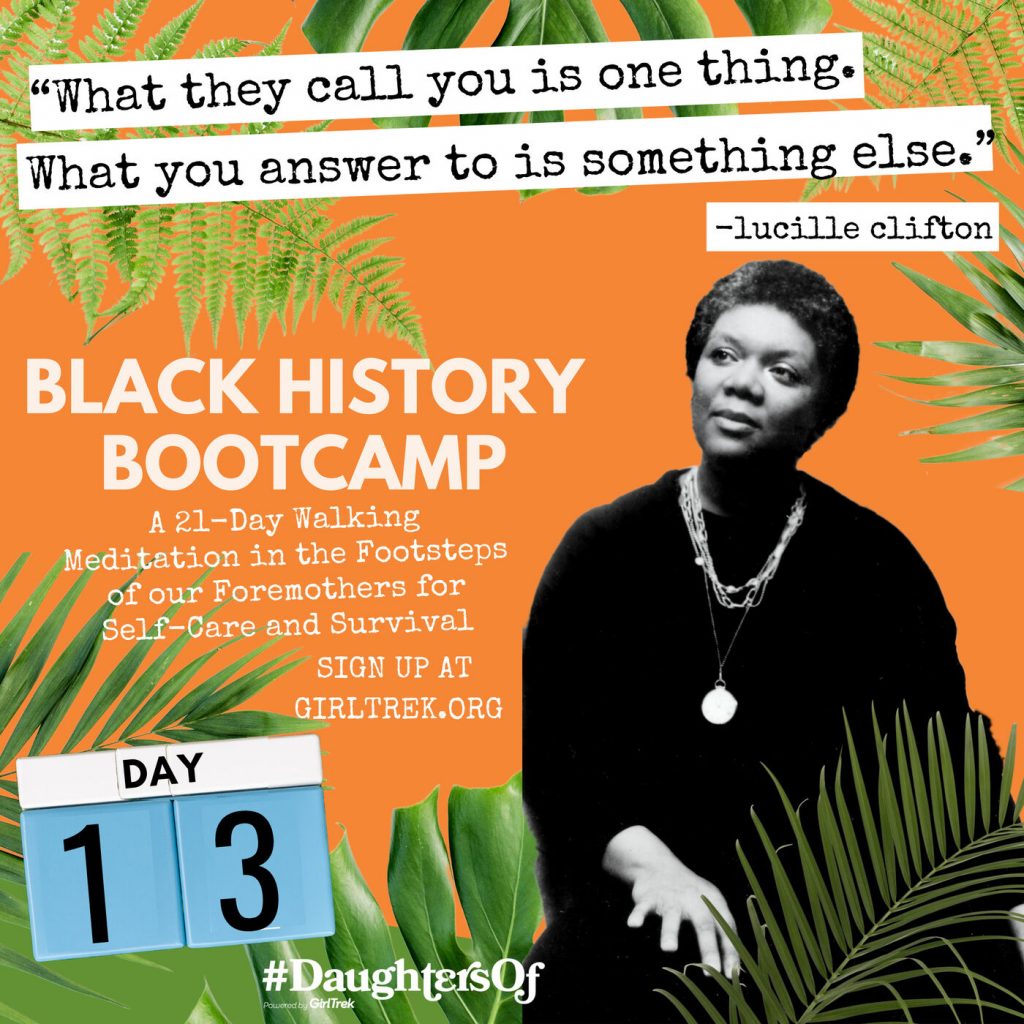 Lucille Clifton was the GOAT. The fact that we are not all walking around quoting her like we do Jay-Z or Drake is beyond understanding. She could have stepped into a booth with either of them, holding a cup of chamomile tea, and whispered two bars (because she liked to get to the point), drop […] 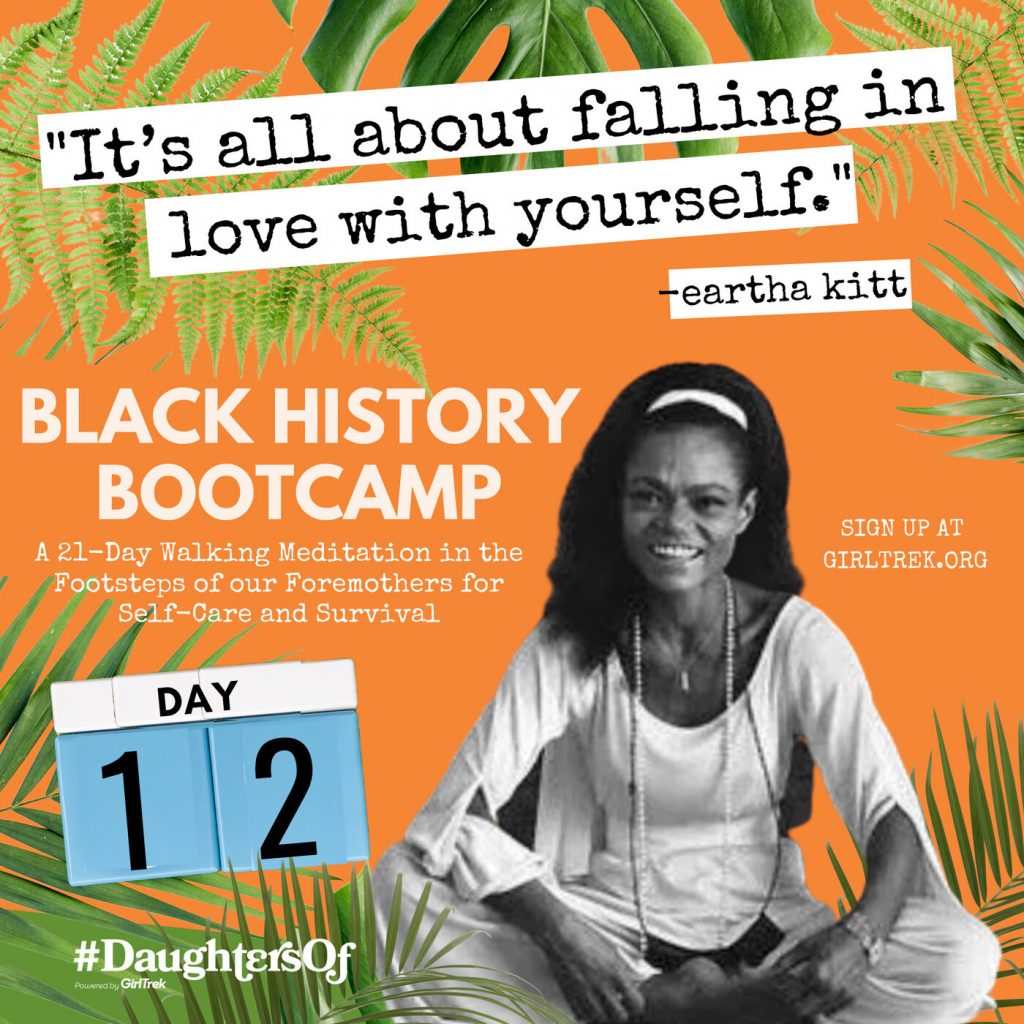 Orson Welles called her “the most exciting woman in the world.”  And she was. Eartha Kitt sang in 11 languages. Danced with Katherine Dunham. Broke boundaries for Black women in Hollywood when she played Catwoman. She was nominated for Tony Awards, Grammy Awards, and Emmys. And still, she felt unwanted, unloved. At the end, she […] 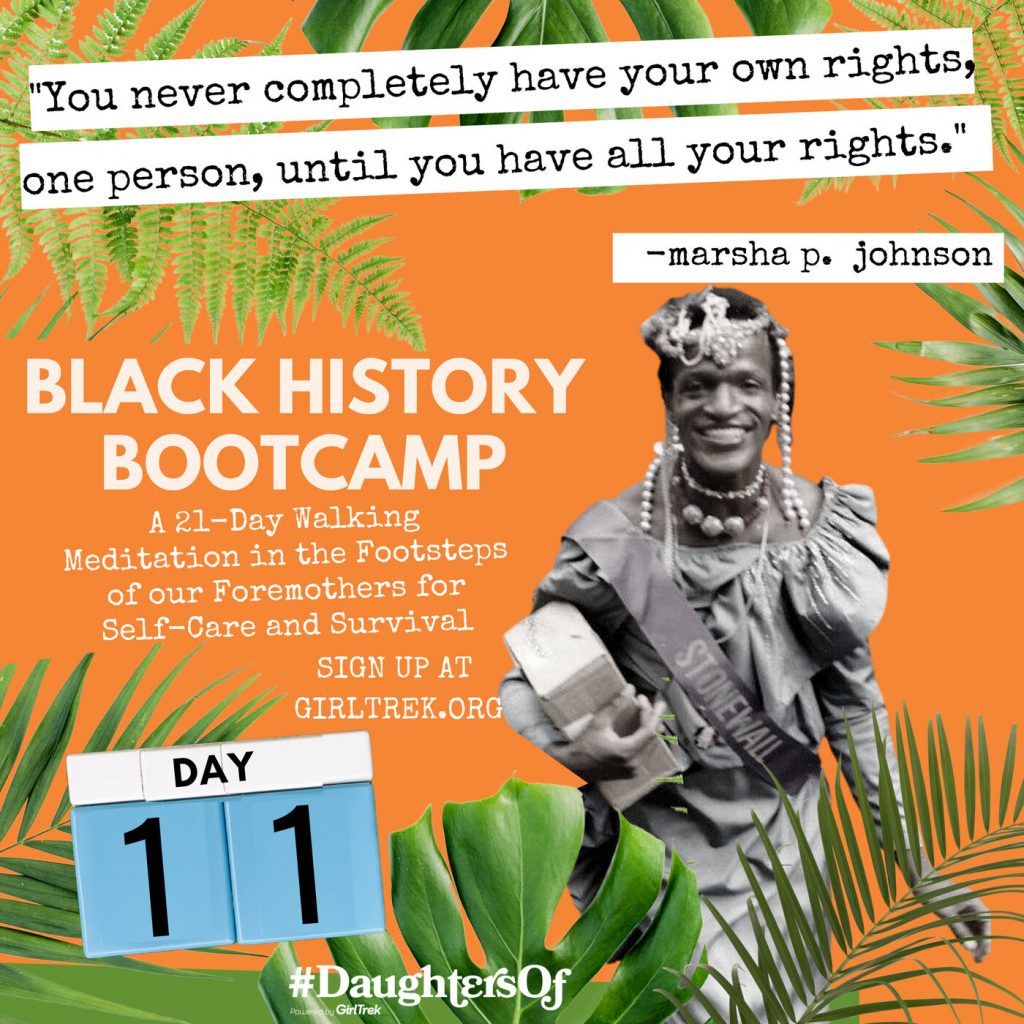 Look, Marsha said she ain’t do it! Although legend has it that it was Marsha P. Johnson who threw a shot glass at police inside of the Stonewall Inn in NYC in 1969, as an act of resistance against the police who were there harassing patrons, Marsha later said, she didn’t start the riot – […] 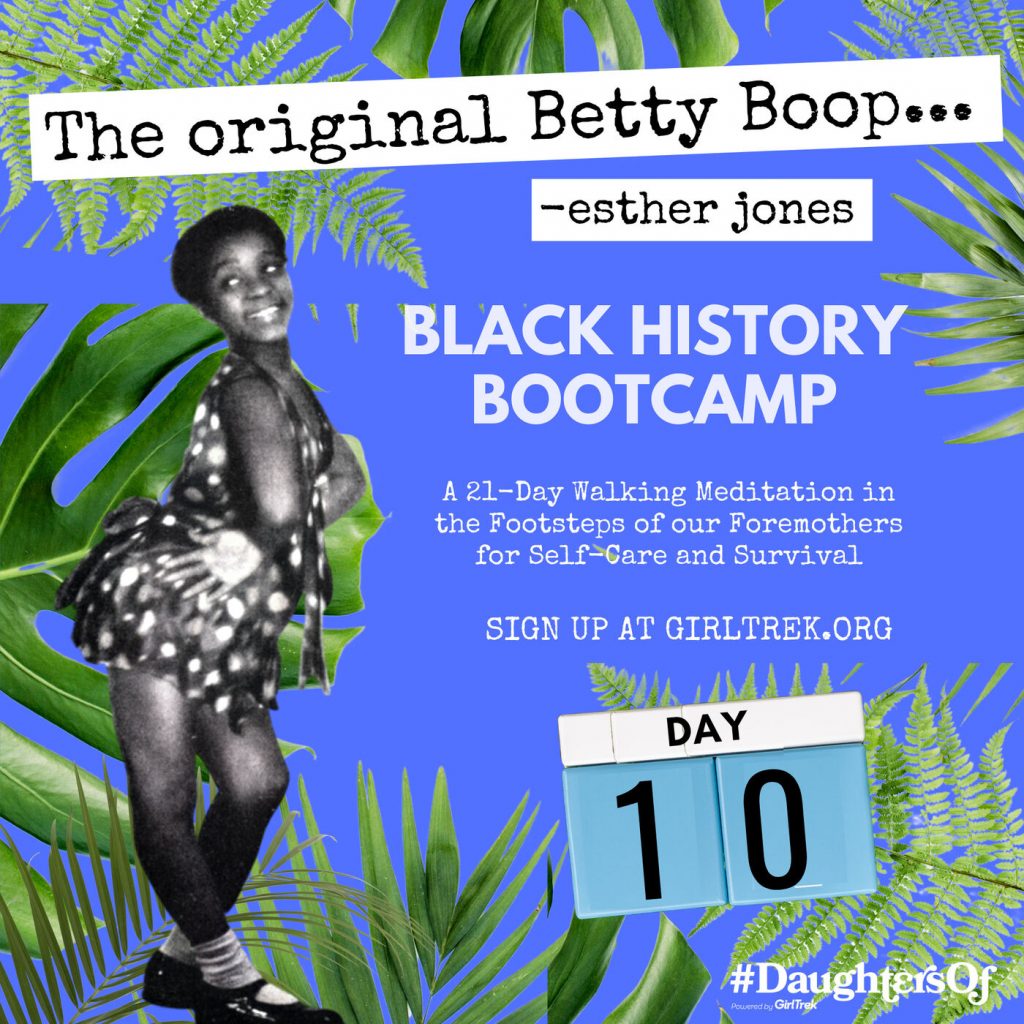 “Baby Esther” was a phenomenal scat singer, and one of the most charismatic performers of her time.  She was a trained dancer and acrobat.  At 4-years-old, Russian-American theatrical manager Lou Bolton saw her performance and was blown away.  “She's a young Florence Mills,” the newspapers said. Like Josephine Baker and many performers of her day, […] 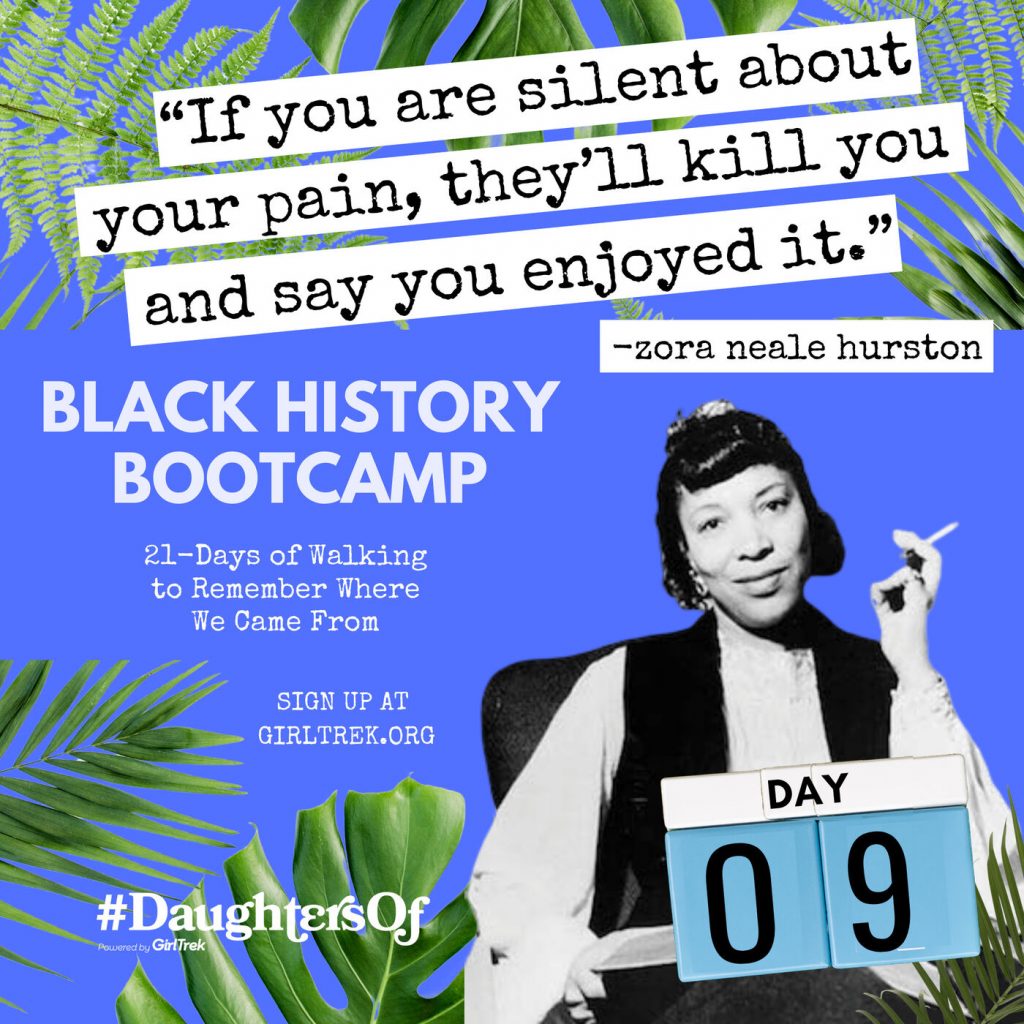 If “I said what I said” was a person, it would be literary great Zora Neale Hurston. A writer. An anthropologist. The belle of the Harlem Renaissance. Unapologetically Black. A woman wholly committed to being herself. Today we talk about her life and the lessons she has to teach us about worth, value, speaking truth […] 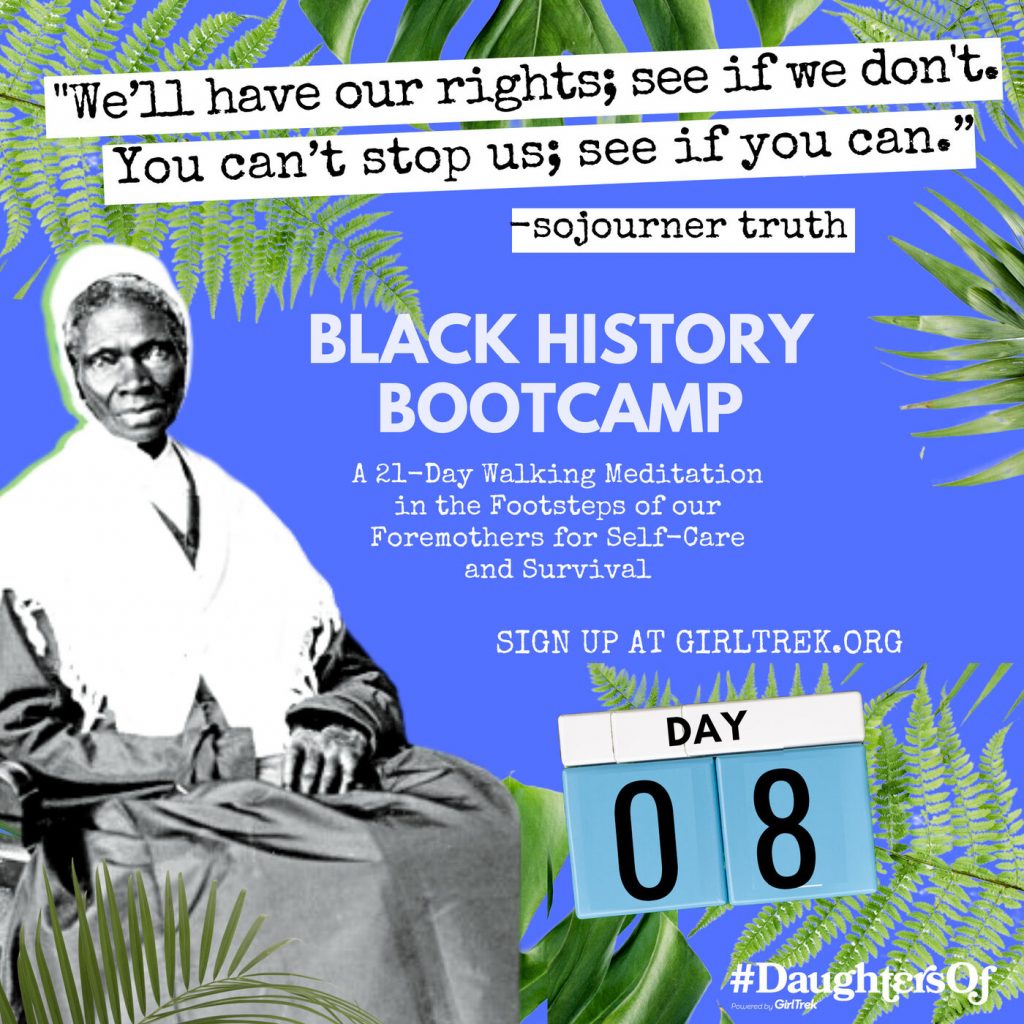 Forget what your 8th-grade teacher taught you. Sojourner Truth's life was so juicy, so “say what!?,” that you cannot miss this live discussion.  She is everyone's favorite spiritual leader, yes.  But did you know that Sojourner Truth bore the child of a slave owner, then – when she escaped his bondage – she sued his […] 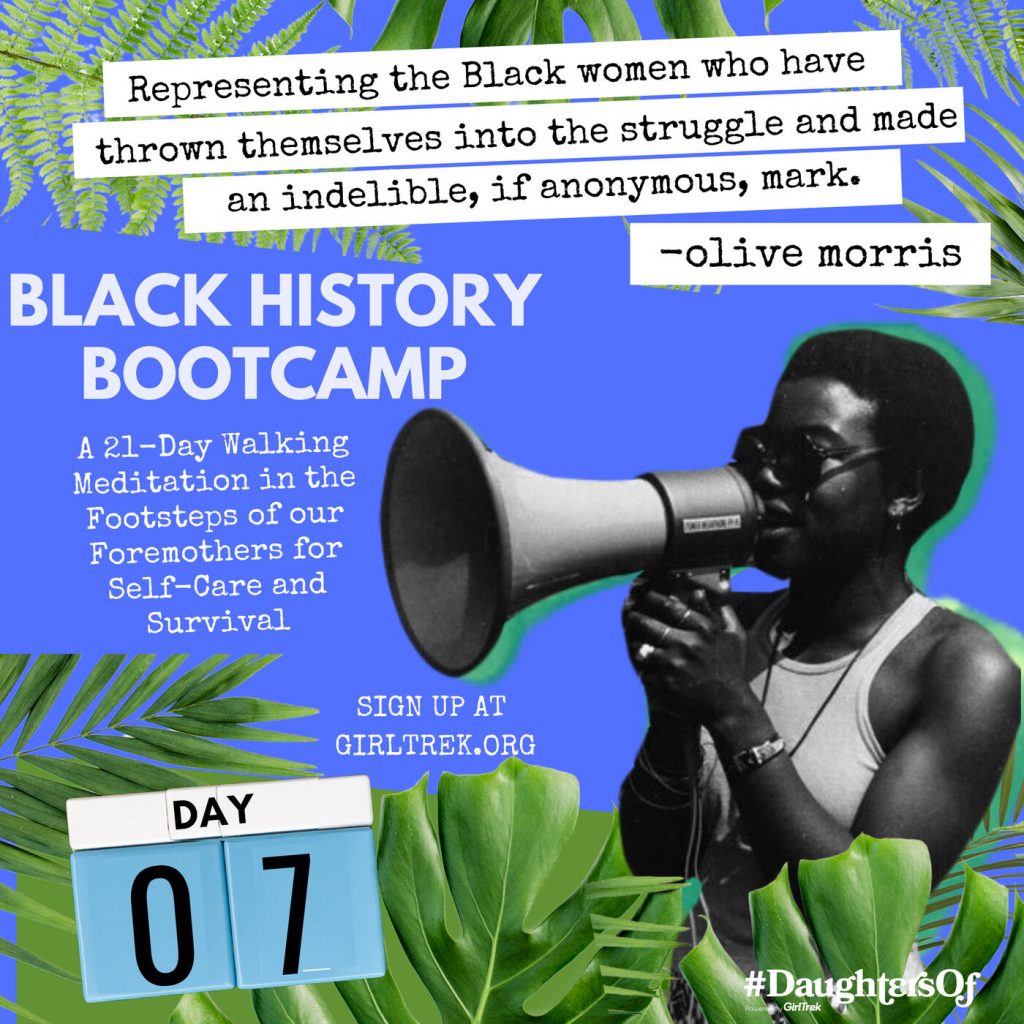 From London, by way of Jamaica, Olive Morris lived 27 years and she made every one of them count. She was Gangster with a capital G, organizing with the Black Panther Party Youth Collective, occupying empty and abandoned buildings to demand fair housing rights, and setting up the first networks for women of color in […] 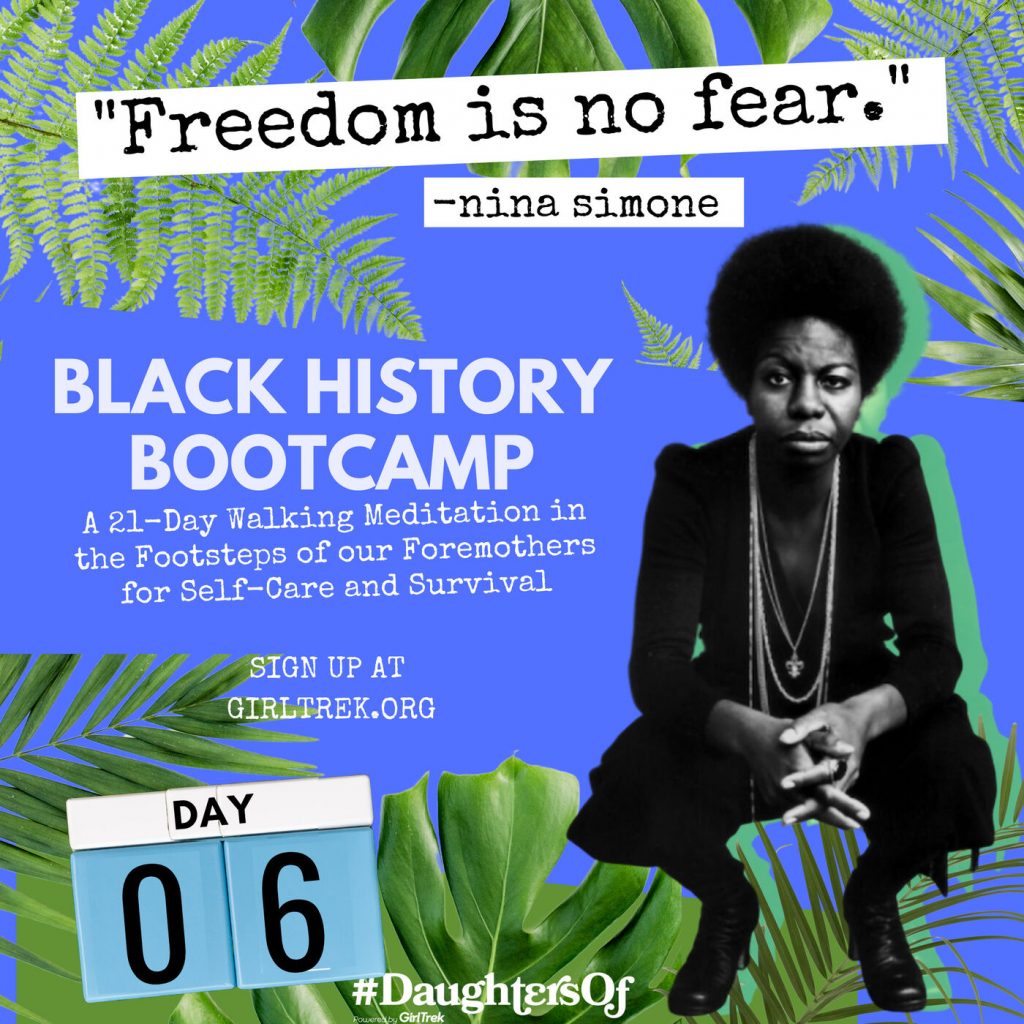 Did you know Nina's government name was Eunice Kathleen Waymon!?  Us either.  Here's the story.  She was at a nightclub singing, trying to protect her family's good name.  She started calling herself Nina and the rest is history. She became the voice of a generation – brave, uncompromising, raw.  She taught us to practice fearlessness […] 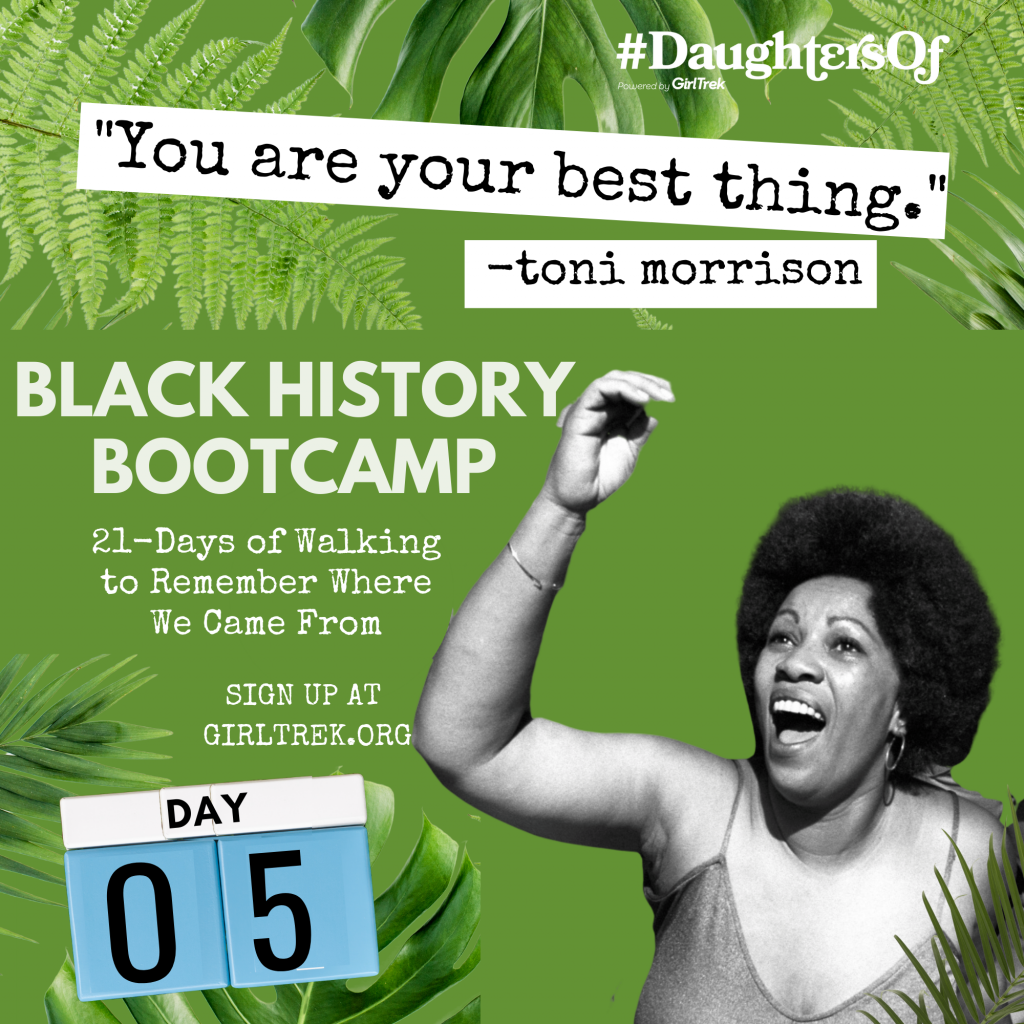 Happy Birthday Breonna Taylor. On what would have been your 27th birthday, we #sayourname and we refuse to let the world exclude you from the conversation. Welcome to day 5 of GirlTrek’s Black History Bootcamp. As we celebrate the life of Breonna, we look to the words of literary giant Toni Morrison for comfort and direction. […] 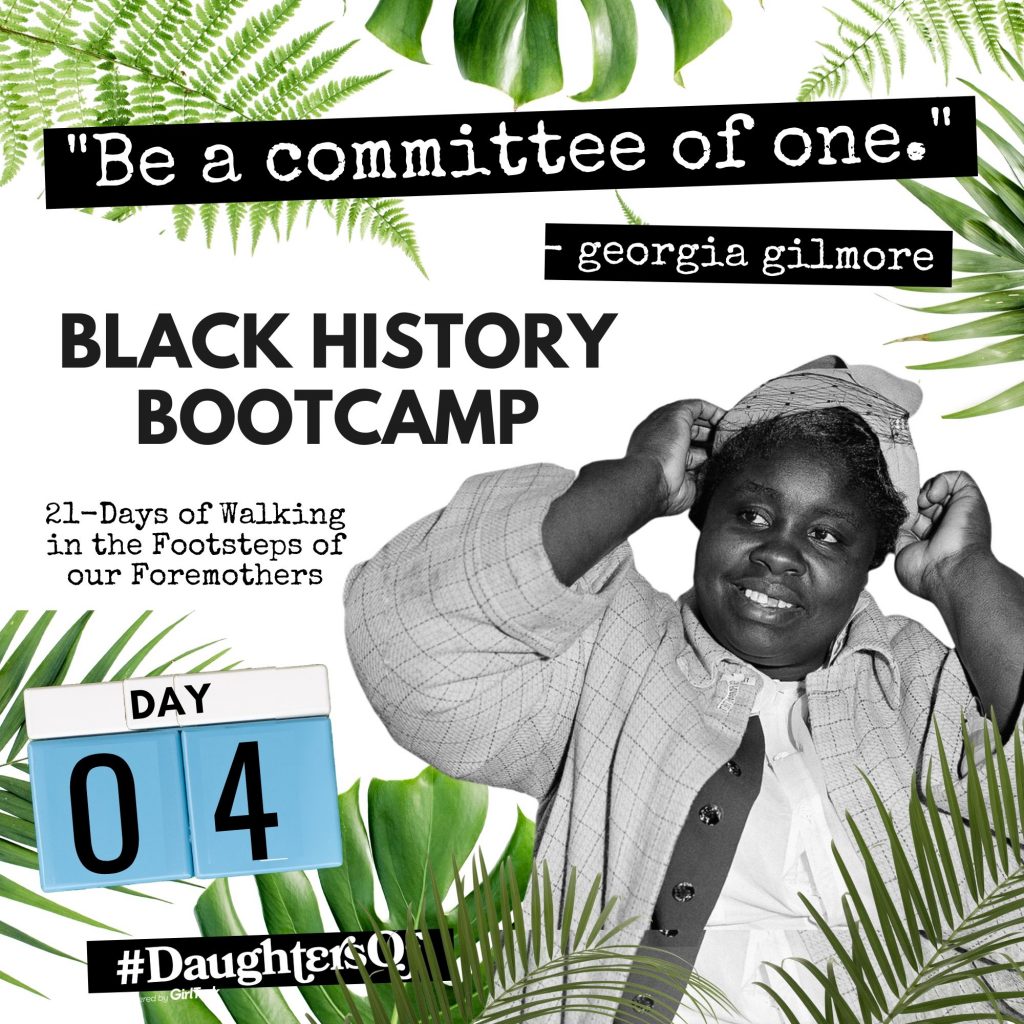 Do the DAY 4 Body Roll!!! She was rowdy, fun, and made the best pork chops in town. Oh – and she single-handedly funded the Montgomery Bus Boycotts! Let’s get into it. Today’s walk is dedicated to the great Georgia Gilmore, a midwife, and mother of six. After hearing of Rosa Parks’ arrest, she started […] 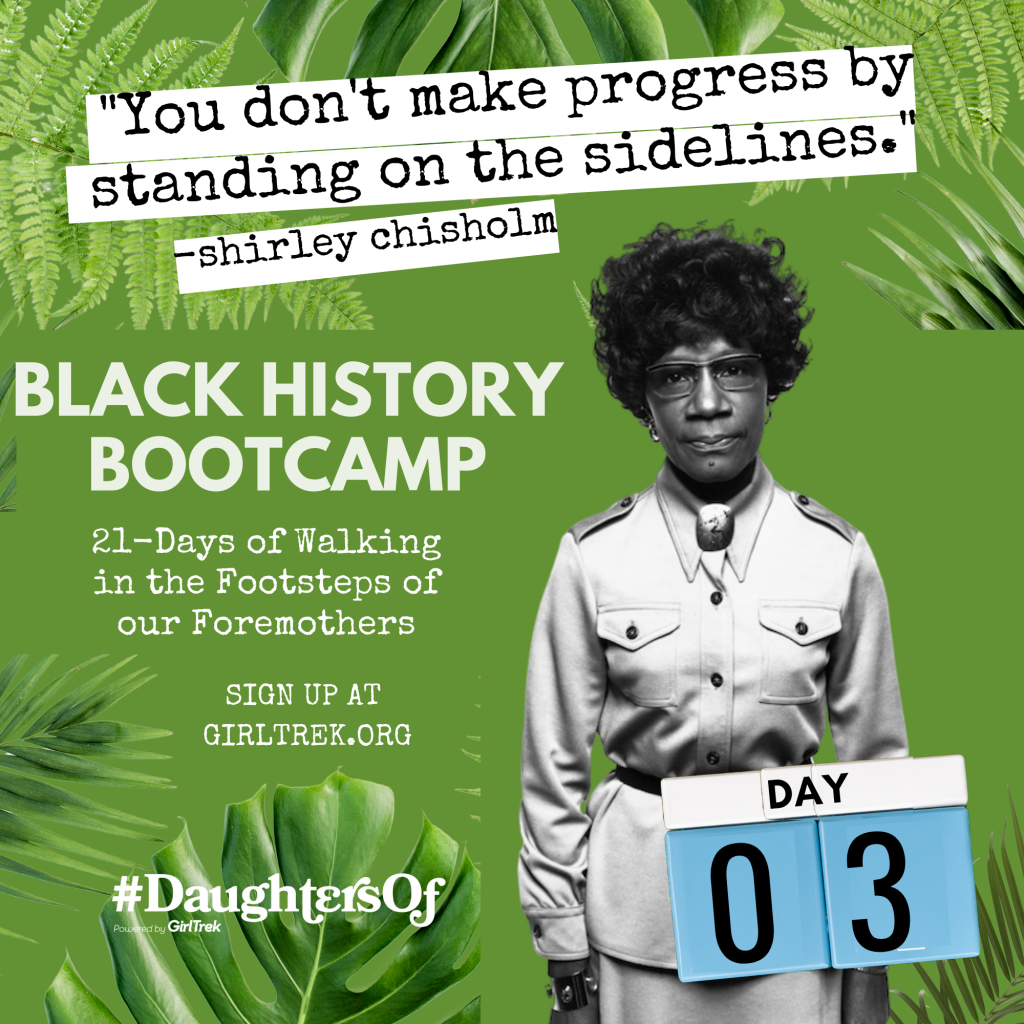 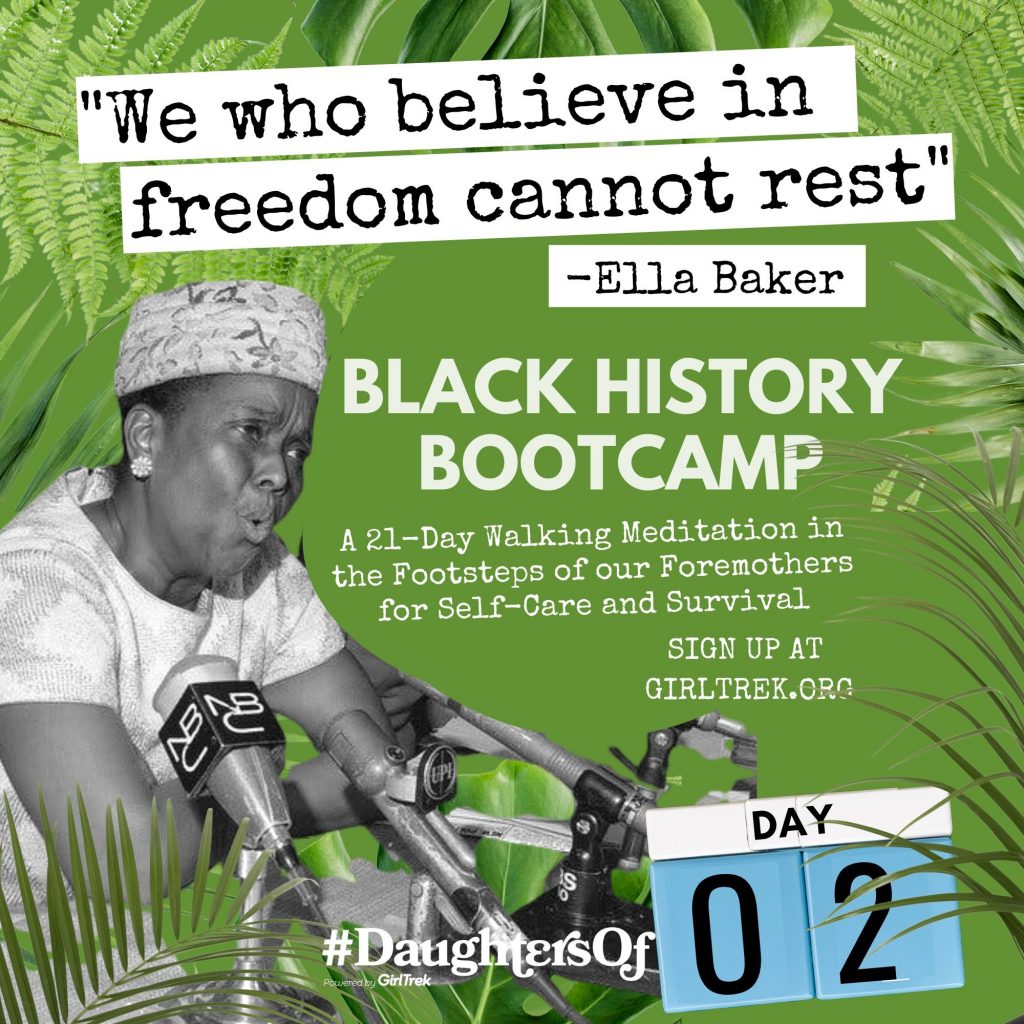 It’s Day Two. You made it! Thank God. 10,000 new women joined our bootcamp overnight. Thank you for spreading the word. It’s working! Listen ya’ll: We need this resistance training now! Last night, the military was deployed on peaceful protestors. So today, we are bringing out the GOAT… ELLA JO BAKER, the greatest organizer in […] 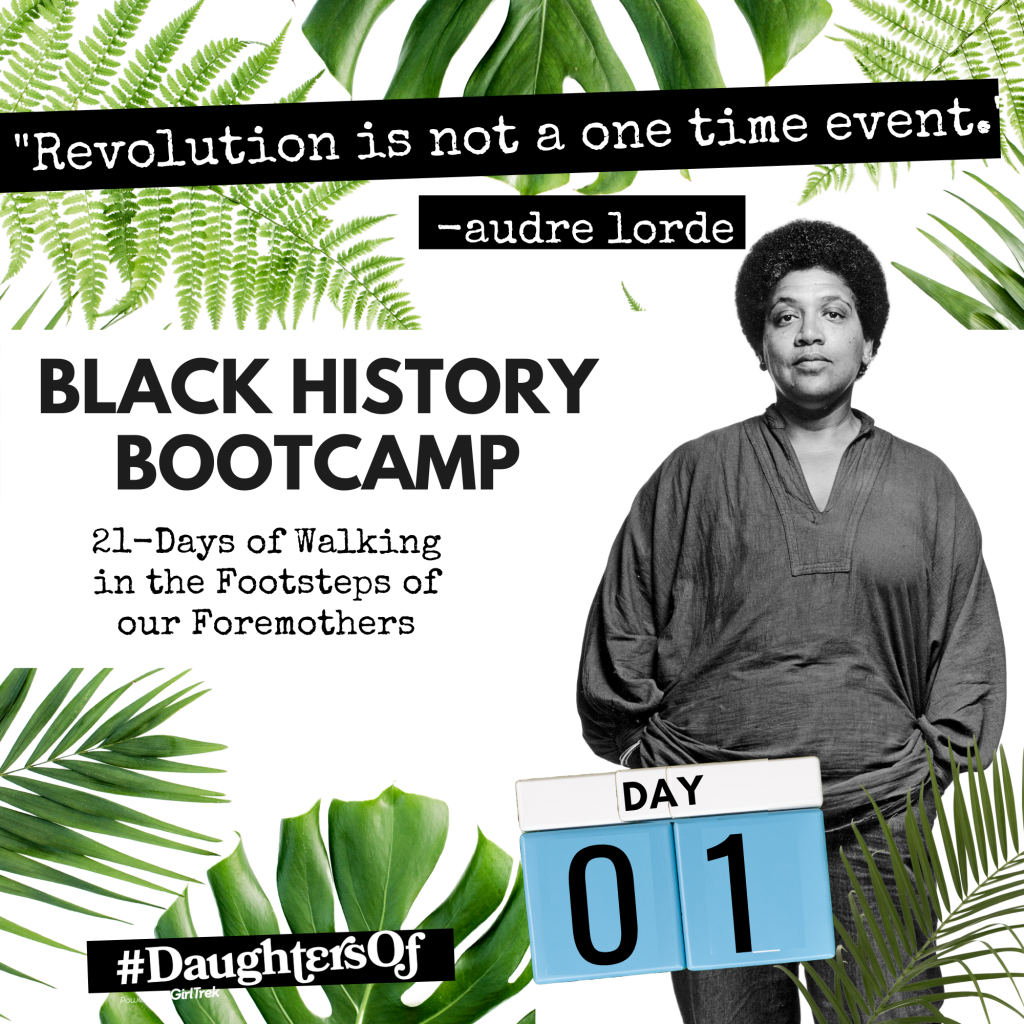 Today’s 30-minute walk is dedicated to the brave and brilliant Audre Lorde.  She argued that our very survival is political – that we were never meant to survive.  As you walk, meditate on her idea of “radical self-care.”  What would it look like if you were radical about caring for yourself? How would it even […]